Today I am hosting one of my favourite bloggers, Sia McKye from SIA MCKYE OVER COFFEE. Sia hosts lots of authors on her blog and I thought it would be fun to host Sia on mine. I particularly asked her to write about gems as she seems to know a lot about them. Having read the article, I am fascinated by what she has written. It is something I am familiar with, in particular having learned T’ai Chi which is basically an exercise in directing and controlling the Chi in your body. The meridian chart is the same as one I was given by my T'ai Chi Sifu (teacher) many years ago.

On her own blog Sia describes herself thus:

I'm married and we have a ranch out beyond the back 40 where I raise kids, Great Danes, horses, cats, and have been known to raise a bit of hell, now and then. I have a good sense of humor and am an observer of life and a bit of a philosopher. I see the nuances--they intrigue me.
She writes contemporary and para romance and loves taking her readers on an adventure. She has also written articles about marketing/promotion, writing and publishing. Sia, I welcome you to my blog today. Thank you for your guest post.


Jo has enjoyed my articles on gemstones and asked me to do a guest article for her on the subject. I’ve written quite a bit on gemstones and their power in April of this year for A-Z blogfest. I decided to do one on the perception of gemstones ability to heal—is there any validity to it?

Since ancient times there has been a fascination for gemstones. The beautiful stones have adorned many military armaments, religious places of worship, clothing, tableware and utensils, clothing and hair ornaments, and jewelry of all sorts. Some stones, like lapis lazuli were ground and used as eye make up. Gemstones have also been used for protection against evil, or to give added power to the body to ward off illnesses. 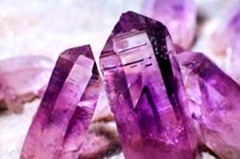 In today’s world of modern medicine, the idea of gemstones having healing properties stretches the imagination. Or the idea is laughed at outright. Is there some validity to it?

I’m not an expert and this is a rather simplistic explanation of how gemstones work medicinally.


We live in a universe made up of energy. The earth and even our bodies have an energy signature. Since gemstones are taken from the earth (which, if you want to get technical is one big magnet) their magnetic fields come into play. Even when we don’t see those fields with our naked eye they can be monitored with devices that do see them. All matter resonates on an electromagnetic field and that includes us. That basically means our bodies react to the magnetic fields found in gemstones.


For example, holding a chunk of amethyst quartz (or even standing near it) 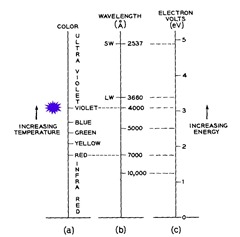 is ( capable (theoretically) of increasing the size of your biomagnetic field by 100% within seconds. In theory, at least, it is capable of replenishing lost energy of depressive episodes or even physical harm, or increases your energy levels beyond what they are currently.


Magnetic fields are circular. So if you put a certain gem in someone’s hand (which has a small magnetic field of its own), the body reacts to the electromagnetic field of the gem and it changes the field a bit there in the hand and passes it through the body. The current flows from the hand through the body and back. Changes and reactions are made along the way through the ground structure of our body and in the nervous system. You could say the gem communicates with our body. How, you might ask?


There is ground system of liquid crystal structures in the connective tissue between the cells throughout our body—it determines what enters and exits the cells. There is a communication system in place via chemicals and electrical signatures as a result and those signatures, or currents, react almost immediately to anything that happens to the body. Then there is the independent nervous system, which also uses electronic energy and chemicals to communicate. Our bodies are really like an electrical circuit board.

The ancient Chinese, for example, believe the body communication is based on physical (yang) and subtle energy (yin). Physical energy is slower to move through the body but subtle energy can move through the body at the speed of light and can both can have an effect on what happens on a cellular level. The Chinese identified twelve meridians within the body. Meridians are merely pathways of negative and positive energy flow (just as magnets have negative and positive, but these are a bit more subtle). These meridians have been measured and mapped by modern technological methods—electronically, thematically, and radioactively. Acupressure and acupuncture are recognized forms of healing, even here in the west. There are certain pressure or puncture points (like over 500 of them) along the meridians that can be used to adjust the body. Each point has its own electrical characteristics. The adjustment is manipulating that unique electrical force.


A good analogy would be comparing the body’s ground structure, meridians, and nervous system to an electronic circuit board. You test it with electronic devices. Those devices can detect altered fields where the flow of electricity is weak, stopped, or not working properly. Adjustments have to be made so the circuit powers correctly whatever it is attached to.


So it is with the body and the premise behind acupressure, acupuncture, and use of gems. Theoretically, placing therapeutic gemstones in contact with the body’s electromagnetic field, one can alter the body’s frequency (the Chinese would call that the Ch'i) and return it to physical, emotional, and mental health.


There is a science to healing with gems, much like the science behind healing with acupuncture and acupressure, or using herbs. The knowledge of any healing takes time to develop, but those skilled in those disciplines know how to use gems (or whatnot) to adjust and heal.

So perhaps those ancient beliefs in the power of gemstones aren’t so far-fetched as they might seem.

And now a Chinese New Year’s dessert as a suitable complement to an article on gems. Because I was too lazy to type out the recipe I already have I went to Egg Wan’s Food Odyssey to copy the recipe. The recipe in The Joy of Wokking is similar, but maybe not quite as rich. 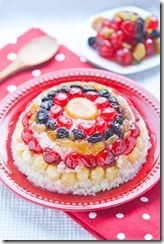 In some traditional eight treasures rice pudding recipes, it says use “sweet-scented osmanthus sauce” but it’s very difficult to get in UK so I use rose essence to replace it.

Procedures:
Have a great day