Writing in advance, it suddenly occurred to me that today is the anniversary of D Day which took place in 1944. 68 years ago today.The invasion of Normandy which was totally unexpected by Hitler and his high command. I don’t remember it,  but Matt says he does. But then he’s muuuuuch older than I am!!!!
I just read a Snapshot interview with Glenda Larke in which she mentioned water. Her last books certainly dealt with an arid country where there was a terrific shortage of water and having been brought up in Australia, Glenda really understands water shortages as she describes. She predicts that one day there will be wars abou 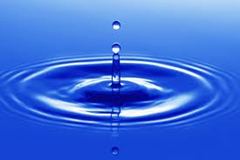 t water, and I believe she could be right. Certainly in my part of the world we are extremely casual in our treatment of water, we bathe in gallons of it, we wash dishes in lots of it, we flush it down our toilets with gay abandon and never think twice about its conservation. These days there are some toilets out there which don’t use as much water and showers which have a restricted flow, but it really is only a pin prick in the gallons of water we all use on a daily basis. Ontario is full of water, or lakes, but their levels have been steadily falling over the years, the same can be said for the Great Lakes, part of global warming possibly, but they certainly have less water than they once did.

dumps without realising the consequences, such as the huge floating islands of garbage in  both the Pacific and Atlantic oceans. A lot of this garbage is plastic which is ingested by seabirds which, obviously, die. There is no money to be made by removing it, so nobody does anything about it although I saw a comment that maybe it could be mined for fuel. I don’t know if what’s out there can be burned or not. We do need to do something about it. It occurred to me that every country could contribute a sum to pay for the cleanup. Talking of this, people are so casual about their plastic bags and one sees them flying around on a windy day as though they were birds on the wing, damned dangerous ones.

I wrote last week about the body parts being sent in the mail to government offices. You may have read that Luka Rocco Magnotta has finally been caught and is in jail in Germany. Although he is 29, he looks like a kid to me. He certainly has to be off his rocker I would think. A friend thinks it’s a slam dunk for his conviction, but bearing in mind the twists and turns of the law, he may get away with it, one just doesn’t know. It will take a long time to go through the courts anyway. He is supposed to be a model with a stage career of sorts. He appears to have had several name changes in his life.

Yesterday, after very mediocre bowling on my part – I swore it was because we 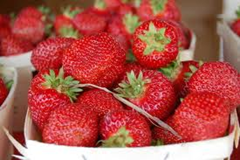 were bowling against the leaders and were intimidated, nobody believed me for some reason – we went to Barrie’s Asparagus Farm and they had strawberries on sale for the first time – I said they didn’t look very ripe, I was assured they were delicious and allowed to try one, they were delicious so I bought a couple of punnets and we enjoyed some for supper last night and have more for supper tonight. Served with Double Devon Cream of course. We used to get some of the best strawberries in Morehead City, North Carolina, but these are pretty good. Of course I bought asparagus although Tim Barrie says their production is down by 50% - due to the lack of that commodity I spoke about, water - and they will probably have to close early this year. He didn’t yet know when. How sad, just because this year it hasn’t really rained much in weeks.

Strawberry Shortcake is a very popular dessert in North America at this time of year, I must admit, I have never much fancied it, however, this chocolate version makes me change my tune somewhat. I am not sure what is meant by a cream whipper, but I am sure you have a method for whipping cream. 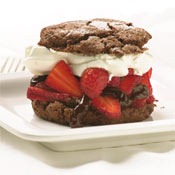 Rich chocolate shortcakes with sweetened strawberries, chocolate sauce and whipped cream. Shortcakes are fragile so be extra careful when splitting them for dessert.

DO-AHEAD TIP:
Shortcakes can be made 1 day ahead. Wrap individually in plastic and store at room temperature.