In the news, here in Canada, is the story about Luka Magnotta who is accused of

killing and dismembering a young Chinese student in Montreal. Magnotta was apprehended in Berlin, Germany and has been flown home. At the same time I am reading some cop novels which include similar horror stories and one tends to dismiss it as fiction, but of course it isn’t. I am not sure writers can think of anything which hasn’t been done before. Looking

at a picture of Magnotta today I am wondering just what makes someone do such horrific things – I suppose there are researchers studying the behaviour and brains of criminals like this, I can’t believe in this modern age we haven’t figured out some way to predict these tendencies. You could say he looks like a killer, I think he just looks like a sulky and maybe some 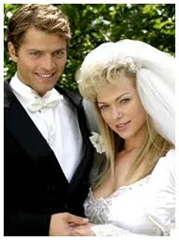 what pissed off young man. Matt, who was a prison officer for a large part of his life, frequently got asked what a criminal looked like. His standard reply was “you”. It is perfectly true that some of the most horrific killers do look like ordinary people. Even the serial killer, Robert Pickton, doesn’t look like what he is although photographers have tried to make him look worse. Another couple of serial killers who come to mind are Paul Bernardo and Karla Homolka, can you honestly say, looking at this photograph, you would have expected them to be killers? He, in particular looks such a nice young man. I suppose officialdom cannot go around looking at the brains of everyone to see if they have the potential of harming others. Maybe they should analyse the brains of all killers though and see if they can identify something in common. There has surely got to be something somewhere that makes these people turn into beasts. 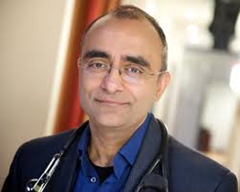 administer tests to patients which they previously offered. There was a segment on the news last night with Matt’s cardiologist, Dr. Pandey, in the forefront. I believe he is a very active campaigner for doctor/patient rights. He certainly campaigned to get the drug Pradax paid for by the health system. That seemed a logical step to me because on Cumadin the patient has to have frequent blood tests which was costing the government more than paying for Pradax will. However, that doesn’t help with all the other cut backs which doctors are experiencing. I wonder why it is that when governments want to cut costs they attack services like health, schooling and old age? Their own salaries and pensions are sacrosanct.

P.E.I . at the Atlantic Veterinary College they have been taking blood samples from eaglets to see if it is passed on by the parents. Interesting, they climb a tree, put the eaglet (which is quite large) in a  5 gallon bucket, bring it down, take a sample and th 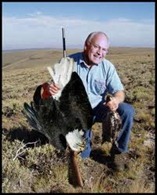 en climb back up the tree to replace the nestling. The researchers seem to think that a lot of the problem is the use of lead bullets for hunting – the adults are consuming the lead from dead critters and bringing it back to their nests. A lot of adult birds have been found dead with lead poisoning. With all the problems they have faced I am surprised we have any Bald Eagles left. They are yet another critter which is hunted for its feathers and claws which are valuable apparently. People will do anything for money. I remember buying a furry wolf skin purse when I visited Greece. Now I know better, and wouldn’t touch it with a barge pole, but at the time I thought it was a wonderful thing to have. People buy such stuff through ignorance, but there are many more who buy it in the full knowledge of what it costs the bird or animal to provide them with what they want. That’s why I have a sign which says Tiger parts belong to Tigers, this applies to any critter.

I thought this recipe sounded pretty good. If it has asparagus in it, it attracts my attention.

Contributed to Food & Wine by Quick From Scratch Pasta

Simmering the balsamic vinegar both mellows and thickens it. When tossed with the hot pasta and the butter, it forms a smooth, uniquely flavored sauce. 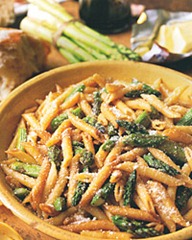 • Penne with Roasted Broccoli and Balsamic Butter When asparagus is not in season, cut 1 pound of broccoli into small spears for roasting. Toss them with 2 tablespoons oil and 1/4 teaspoon each of salt and pepper and roast for about 15 minutes. Continue with step 2.

• Penne with Roasted Vegetables, Toasted Nuts, and Balsamic Butter Toss in 1/3 cup of toasted pine nuts, hazelnuts, or walnuts at the end with either asparagus or broccoli.