Sunday morning when I got up, I realised we had had a power cut.

Only problem was, nothing in the main bedroom was now working. For some reason all the power to everything was now out. Alarm clock, answering machine, lights, etc. etc. We tried changing fuses but that didn’t alter anything. Called the super – assistant was on this weekend, he came up and looked at it and couldn’t figure anything out so he will have to report it and eventually they will have to call in an electrician. Meanwhile, we have to go to bed in the dark. Bloody nuisance. I guess we could use candles. Monday morning the super came up to check things out. he unplugged a few things and put in a tester, he changed fuses, every one was changed round, nothing except for resetting clocks etc. etc. He went away to call the landlords and half an hour later Matt went into the bedroom and everything was working again. We have NO idea why nor does the super. 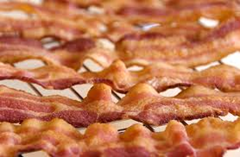 friend who now lives in England, Canada wouldn’t let her husband move here!!! Anyway, we were talking food I miss even after 27 years. One which occurred to me was bacon. Here the regular bacon is what we call streaky bacon in the UK. That would be OK, but when you fry it, it produces a load of water, not fat, so you kind of end up boiling the rashers. Weird. It is very difficult to get crispy. 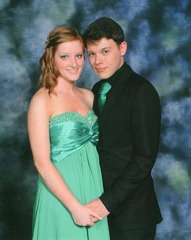 This weekend our UK family posted pix of granddaughter Bethany in a prom dress. Prom dress??? We don’t have Proms in England – wrong, apparently we now do. Been going on for about 3 years I am informed. Sarcastic comment from sinlaw that England was, after all, the 51st State. It is a fact that an incredible amount of US customs are eventually adopted by the UK. I had to phone and talk to her dad to find out all the details, especially, of course, who is the young man? Turns out he is an acting friend amongst other things, in fact he is playing Jesus Christ to Beth’s Mary Magdalen in Jesus Christ Superstar this week.

It was interesting yesterday to see the response to Sia’s guest post on my blog. She certainly sparked up some conversation with her discussion on gems for healing. Made me think I had better get all my stones out and carry them around with me. I certainly have some amethysts and some jade which are recommended as healing gems, then crystals, I have those. Of course, practicing T’ai Chi also helps – I have proof of its healing powers, for instance one instructor – before he learned T’ai chi - was told  he had only a short time to live. He took up T’ai Chi and became a devotee as well as one of the top instructors in the States, he lived to a healthy 80 years old (40 years after being told he was dying) and might still be with us if he hadn’t been killed in a car accident. There are many tales like this which have been verified. I have let my practice drop somewhat and have been trying to get back into it lately.

When I was looking for a suitable recipe to go with Sia’s post yesterday, I came across a new blog, to me that is, where I found a Jade Chicken recipe. I asked if I could borrow the recipe and was told that I could. The blog is called Island Vittles  and is written by Theresa. I love the blog name and it looks as though there are some interesting recipes. Theresa also goes into detail about preparation of a recipe and includes pictures. Theresa queries if one has ever had fried spinach, for me the answer is yes, some of you may remember I discovered it at Chinese New Year in our local Mandarin restaurant and loved it. 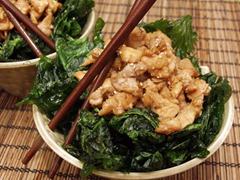 Marinate the chicken in the soya sauce and cooking wine. Season lightly with pepper and refrigerate for 15 to 30 minutes.

In a small sauce pan, mix the sugar with 1 tablespoon of water and cook over high heat, stirring until the sugar is dissolved. Continue to cook, without stirring, until a deep amber caramel. Remove from the heat. Slowly and carefully stir in 2 tablespoons of water. Set aside.

In a wok or saucepan, heat the oil for deep frying to 350°F. Fry the spinach leaves in small batches that don’t overcrowd the pan. Cook until crisp and translucent, and still green. Do not allow to brown.

Remove the spinach with tongs and drain well on paper towels. When all batches are done, season lightly with s+p.

As the last batch of spinach cooks, heat 1 tablespoon veg oil in a frying pan or wok over med high heat until smoking. Add the chicken to the pan – do not overcrowd. Immediately pour the caramel over the chicken, and cook undisturbed for 2 minutes, until the chicken is browned. Turn chicken and cook another 2 minutes, or until cooked through and sauce is thickened.

Arrange spinach on top of rice, and pile chicken in the centre. Garnish with sesame seeds and serve.