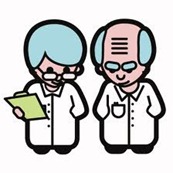 clinic. I don’t know why this always is, do they overbook, or do they not make sufficient allowance for how long they plan to spend with each patient? I realise doctor’s offices are very busy, but it is very frustrating for we patients to have to sit around waiting to see them. If you go into Emergency it is even worse, we have waited 8-10 hours on several occasions. I suppose this is the advantage of having medical services such as in the States. I don’t remember ever having to go to Emerg in the States so don’t know what the waiting times are but there is no waiting for surgeons like there is here.

Afterwards we went to Barrie’s Asparagus and stocked up, I used the last in the

Quiche on Tuesday. I also bought some strawberries, two punnets, luverly. On Tuesday we had called in at Vincenzo’s – our favourite deli store – and stocked up on English cream. They had two kinds, one I hadn’t seen before, so I got one of each. We ate the different one last night, it said it was clotted cream from The Devon Cream Company, the flavour was much better than the one we usually buy, so I will be looking out for it in future. We both thought it tastier than the Double Devon cream we have been buying for years. Maybe I should make some scones when we get the next lot and have a traditional cream tea. I haven’t made scones in a very long time.

Talking of Vincenzo’s we were a tad disappointed because we went in for Borganzola cheese which is one of our favourites, it is a bit like Gorgonzola but creamier. It is the Canadian version of Cambazola which, funnily enough, we don’t like. They didn’t have it in stock and promised they would be getting some shortly. They didn’t have the Brie de Meaux that we enjoy either. Then I went to look for the real Italian Mascarpone, guess what, they didn’t have that either. They have promised them for next Tuesday (we only go past the area on Tuesdays after bowling) although we don’t need brie and Borganzola. When I say real Marscapone, I mean the stuff which does NOT have things like guar gum or other preservatives which end up sweetening the cheese. OK if you are making Tiramisu I guess, but to eat as cheese, no way. Actually when Matt went grocery shopping yesterday morning, he picked up some Brie from Zehrs which is a pretty good cheese so we will be chomping into that instead. He also bought me some peach jam which I then split into two pots and doctored up with jalapeño jelly which now gives me a nice spicy jam to dab on when I have Havarti at lunchtimes. Sounds like we live on cheese, we don’t really.

This is a recipe I have been using for a long time, think I have shared it before, but a long while ago. Actually what I often do for a quick side dish is get a bag of prepared coleslaw, add some onion and then use the dressing from this recipe.

The Ultimate Hot and Spicy Cookbook 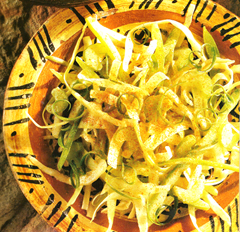 Mix the salad ingredients minus the dill and pepper. Mix all the dressing ingredients in separate bowl and then add to the vegetable and toss. Allow the salad to stand for at least an hour if possible, turning once or twice.

Immediately before serving season if necessary, toss again and sprinkle with dill and cayenne. In the book it says it improves overnight, I find that is true.