Google announced its tablet Nexus 7 yesterday in San Francisco, there is an 8 GB version and a 16 GB version and will sell in the low $200s. There are so many new things out there that unless you are very flush

in the pocket it seems its impossible to keep up. My Kindle is very outdated these days as are most forms of computers almost as soon as you buy them. It is a fact, within a couple of months of getting my Kindle, Kindle Fire was announced, I wasn’t a happy camper. In fact I am very happy with my Kindle and have no actual need for anything better. However, need and want are two different kettles of fish. I guess if I had the wherewithal I would be a technology junkie. I feel a tad envious of a friend who works in a technological environment and is able to purchase all the new toys as they come along.

I am also envious of some of my English friends, two have spent a few days in 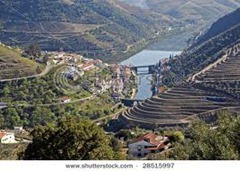 Lisbon, a city we never really got to see, and another has been doing a charity bike race in Burgundy. Not that I would, or could, do the bike race, but I would love to spend time in Burgundy and we both loved Portugal. It is a beautiful country and well worth spending time in. Of course we enjoyed the Douro valley where both port and many fine wines are produced. It is a very lovely area of Portugal.

Today Matt has to see a neurologist at the Secondary Stroke Clinic. We are not perfectl

y sure why, but obviously it is as a consequence of his many TIAs. Friday, hopefully, he will finally see the surgeon who did his kyphoplasty – his follow up has been put off twice so far. He is hoping to be allowed to bowl. He has only two more opportunities this season. I thought we bowled into August, I was wrong, we finish on July 10 with our banquet on the 17th. Between the pair of us, we spend a hell of a lot of time at doctors’ offices these days.

called Belviq for overweight and obese adults with health problems such as diabetes. In trials it was shown that Belviq helps fool the patient that they are full and don’t want to eat any more. However, the figures are not that convincing and the weight loss results are not stupendous. When I heard about this on World News last night I got excited, reading about it, not so much. Any weight loss is good of course, but anyone who is overweight is hoping for a magic pill and as I have always said, the only way to lose weight is to take your own eating habits under your own control and knuckle down to it. I was just offered a weight loss plan with counselling for $100 a week. For that much money, I have a lot better things I want to do than lose weight.

Oops, just got renewals in the mail for my drivers’ license and for the vehicle license both due in September. That’s $75 for the drivers’ and either $74 (1 year) or $148 (two years) gonna be an expensive month. 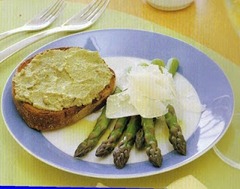 3. It shows the recipe served on crunchy toasted French or Italian bread with a curl or two of parmesan on top and some asparagus at the side.