Well, that's a good one. I signed on a year or two ago to get food recall messages as emails. This is what I received on Wednesday morning: 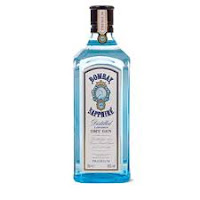 
No really? Who would have guessed? It's gin for goodness sake.

Then I read further, apparently one batch was not diluted properly to make it 40%. I still thought it was funny the way they phrased it. No idea if we have any as we buy smaller bottles and add them to a large bottle then throw the small bottle away. Matt didn't seem any different (he is the gin drinker) and didn't appear to get drunk last Friday which is when we have gin and whisky - or a gin before din. Me I do not like gin one bit.

Back to my glucometer. Having spoken to Ascensia who took over from Bayer, I started checking out batteries, etc. as I have another meter which had a flat battery. As most things appeared to be working in my old one I thought the battery would be OK to swap over. Took it out and then thought "I don't understand why it stopped working" so put the battery back and tried it out. It worked! I don't understand because before it wouldn't "suck up the blood" although everything else appeared to work - so hopefully it will continue to work for a while. The new one is here but at the post office as I wasn't here to receive it. It's free so don't need to return it.

Actually had a busy day. Finally got to have my hair cut, told the hairdresser I was thinking of donating it, as it was so long. She laughed and assured me it had to be at least a foot of hair.  Back for lunch then after I chopped up 2 1/2 lbs of carrots to make some soup. When that was done, all but blending, we toddled off to the asparagus farm, a) to try a different route and b) just in case. It was a nice day for a drive anyway. Guess what, although it's been raining lately, this morning it was sunny and warm so I was lucky and got me a bag of my favourite green stuff - took all they had. Also bought two gorgeous orange peppers which looked so good I couldn't resist them. Headed home again and about to pass the bowling alley I said I wouldn't mind chucking a couple of balls so Matt pulled into the lot. Owner there all on his own and Matt's new bowling shoes were there too. Matt tried them on and these fit him fine so shelled out a small fortune for those and played a couple of games as well. Shoes cost such a lot these days. I remember, many years ago, emphasis on many, my mother paying £5 for a pair of shoes made by Rayne, who supplied the queen, and being horrified at the cost. Sorry that is not really convertible because I am talking about such a long time ago. But I can assure you that these days that is almost chicken feed. The shoes are something like the picture but velcro fasteners.

Forgot to mention I bought two movies for Matt, The Benny Goodman Story and the Glen Miller Story, two of our favourites. Nothing much on TV Tuesday night so we watched Benny Goodman. That really is a great story. I remember when it first came where I lived in England, I played hookey from secretarial school five afternoons and went to see the movie each day. I then bought every Benny Goodman record I could get, vinyl in those days of course. Not sure whatever happened to those. Bet they would be worth a bit today. Here is one of my favourites for you.


Having made carrot soup I thought I would post the recipe today as a change for those of you who really can't stand asparagus. The recipe calls for two cups of water. I added another 2 cups of broth. Haven't used white pepper since before we came to Canada, so used black. We also added a little salt although the broth does have salt in it I think. This made enough for us to have some for supper and to freeze two more double servings. I don't know where I got the recipe, I didn't make a note of it at the time. 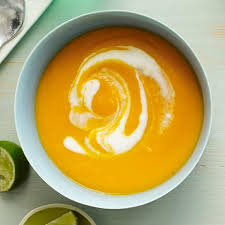 1. MAKE-AHEAD: Soup can be made up to 1 day ahead and refrigerated in a covered container.

2. Heat oil in a large saucepan over medium-high heat. Add onion and garlic; stir to coat. Reduce heat to medium-low and cook, stirring occasionally, until they soften, about 10 minutes.

3. Add carrots, stir to coat, and cook for 10 minutes. Add broth and 2 cups water, and bring to a boil. Reduce heat to medium-low and simmer until carrots are tender, 10 to 12 minutes.

4. Purée soup in a blender or food processor. Season with pepper to taste. Serve hot with a teaspoon of sour cream and sprig of mint in each bowl.