RIP Mary Tyler Moore - what a sad loss. I used to watch the Dick Van Dyke show in England and it was one of my favourites. I don't think I ever saw the Mary Tyler Moore show. I do remember in recent years that she was pro releasing lobsters. Not something I could ever support, cruel I may be but it's my favourite food. I always thought she was great in the Dick Van Dyke show and was so disappointed when the show ended. I learned one thing tonight that she lost her son who shot himself accidentally. Dreadful for any mother to lose their child.

According to the forecast we are supposed to get some more of the white stuff at noon today but checking on my computer it doesn't look too serious, keeping my fingers crossed. At least the bowling alley isn't too far away.

Dunno if it was those dumplings or something else, but about 3 a.m. I developed one heck of a guts ache and felt extremely unwell. Ended up with not much sleep and have been drooping around all day. A lot better now. I insisted Matt went for subs so I didn't have to cook. I did make us a dessert, two decadent chocolate chip cookies sandwiched together with frozen whipped cream. Delicious.

Sorry, more on dumplings. Yesterday I was looking for a picture of mixed dumplings. Today I found one on Facebook. 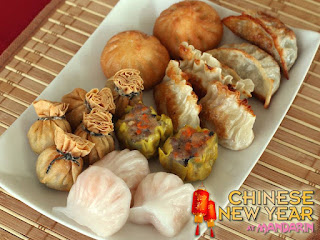 The little ones on the bottom left hand corner are the ones they call Treasures and I love them. Well, I love them all, you might have guessed.

And now for something completely different. They say this recipe puts you to bed, tucks you in, reads you a story and turns out the lights and no, it is not a shot of whiskey. So for any of you who have trouble going to sleep here is a remedy.

In Ayurveda (one of the oldest systems of natural healing in the world), warm milk is a common remedy for sleeplessness. This recipe features nutmeg (a natural sleep aid) and ashwagandha (an adaptogen that helps your body deal with stress) to shepherd you to dreamland. Look for 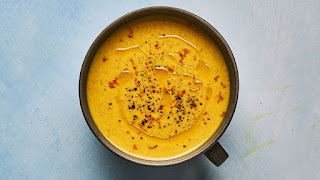 Bring milk to a simmer in a small saucepan over medium-low heat. Whisk in cinnamon, turmeric, ashwagandha, cardamom, ginger, if using, and nutmeg; season with pepper. Whisk vigorously to incorporate any clumps. Add coconut oil, reduce heat to low, and continue to cook until warmed through, 5–10 minutes (the longer you go, the stronger the medicine). Remove from heat and let cool slightly. Stir in honey (you want to avoid cooking honey or you'll destroy its healing goodness). Pour into a mug, drink warm, and climb right into bed.