Prince Harry has been snapped partying naked in Las Vegas after, apparently, 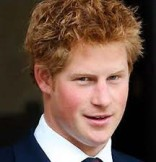 playing strip poker. He’s 28, single and having fun, why not? Somehow the pictures have leaked out into the media, somebody trying to make a buck or two. The English have shrugged it off, I’m not really surprised, the thing that annoys me is someone spreading the pictures. Trouble is today, you can’t do anything or write anything without it getting into the media, particularly if you are a celebrity of some kind. You are not allowed to live a private life. In all probability Prince Harry will eventually meet a girl with whom he wants to settle down, but not all princes marry and many of them have fun. At the end of one article someone commented maybe he was missing his mother, or its because she died when he was young, really, after all these years, I don’t think so. 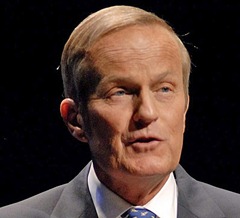 rapes and women’s bodies having ways of shutting down (unwanted pregnancies) that sort of thing, is still going to run for office in Missouri. I would be very surprised if any women voted for him after such stupidity. He has said he misspoke!!!!!! How could you spout all that rubbish and then claim misspeaking? He is also saying he is pro life, sure, but there was a superb rebuttal by Eve Ensler which I would really like to think Todd Akin had read. If not, he certainly should do so. He has caused a furor amongst women world wide. If he gets his seat in Missouri I will be very surprised, or horrified at the men of that State perhaps. There have been calls for him to step down, but he won’t do so.

Well, that was fun, I just spent two hours in St. Mary’s, the local cardiac hospital, been having chest pains off and on for a while, doc said everything looked good but has written to my internist. They still put an IV junction in my arm (less painful than my hand) just in case it was needed, now I have a sore arm. What we need is someone to invent a way of doing this without an IV needle. Like Bones in Star Trek – he had a kind of gun which he place on your upper arm and it did everything. What really upset me, 2 hours = $10 parking, that’s a lot of money. 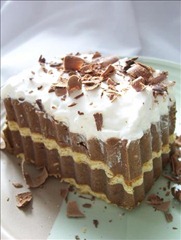 "A co-worker brought this in for my birthday and I had to get the recipe from him because it was delicious! I'm not a coffee drinker so the amount of coffee flavor was perfect for me, but you may want to add more...so feel free to do so!”