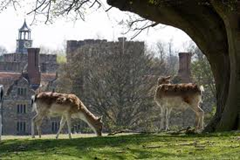 Bob Scotney’s post on Parallel Bars included a picture of a deer grazing between the trees, this made me start thinking of Knole Park near Ightam in Kent where we used to take the kids to see all the deer many years ago. Trouble was I couldn’t really remember the name of the park and had to 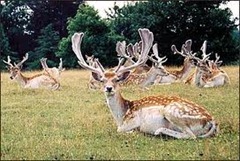 do some Googling. Although Matt was more familiar with the place, he couldn’t remember it either. We never visited the house – not really our thing at the time, with the kids, but spent many happy hours wandering around feeding the deer. I remember one deer which followed me for ages, think I could have taken it home, liked my bread I guess. Dunno how friendly the deer would be during the rutting season. Maybe they don’t allow visitors at that time. I must see if I can find the pix we have although they may well be on slides from Matt’s camera.

Talking of slides, I can get them transferred to CDs, it would cost about $20 for 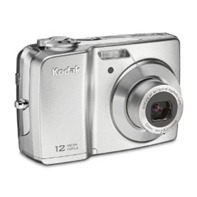 200 pictures. I just can’t seem to get my rear end in gear to see which one’s I would like to get converted. We have a lot of them, at one time it was the only medium Matt used. He still is the only person I know who uses a camera with film in it. I think he still has pix on it from our last trip to NC. A friend of mine has been doing a series of blogs on the history of cameras, Matt would fit right in there. Mind you Matt does know how to take pics and his camera takes better shots than mine, but I have always been a point and shoot kind of photographer, I can’t be bothered to wait for the perfect shot etc. etc. Of course, I can snap a picture to use in my blog straight away. I love the ability to look at a picture I have taken and accept it or reject it. Matt’s film, you have to put up with what you get, which you don’t know until you get around to having the film developed.

I have recently finished a book called Of Noble Birth by Brenda Novak, a romance

with pirates, abduction and treason. I enjoyed it. It wasn’t loaded with steaming sex which I preferred. Just a fun story. I also read Genesis: A Soul Savers Novella by Kristie Cook, another good read I found, this time about demons and angels, starting with an angel who falls in love with a human, gets caught and banished to earth for 200 years. Both of these were freebies for my Kindle. I haven’t checked if there are any more in the Soul Savers series, and I want to check on Brenda Novak’s writing too. Of course I am still waiting for the last (at the moment anyway) Alcatraz book, which I hope to be able to read before I go away. I don’t usually read much on vacation, unlike others, I do so much of that all year, its kind of a vacation not to read. I recently downloaded a few classics for free too. Most of them I have read, but don’t have copies of any more. I would like, one day, to download all the books I have in hard covers because it may come to it that I just don’t have the room to store lots of books any more. Trouble is it would be expensive, although if I see them on special I grab them straight away.

The following recipe came to me as Recipe of the Day, but the link wouldn’t open so as I liked the look of it, I had to do some searching. I have always enjoyed the Greek version of spinach pies, so I am sure these too will be delicious.

The spinach filling in these fatayer, inspired by a recipe from Palestinian-born baker Maha Ziadeh, isn't flavored with feta, as it is in the more common Greek spinach pies. Instead, it's spiked with lemon and sumac, a tangy Middle Eastern spice. Ziadeh forms the pies into a triangle, but the half-moon shape here is simpler to do. 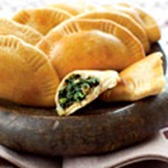 Sumac is a fruity, tangy spice made from dried, ground berries. It is available at Middle Eastern markets and online from penzeys.com.