Souvenirs, Shortages and Where is Spring? 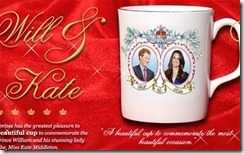 Yesterday, I saw an article about Royal Wedding souvenirs. It appears that one company has made a load of souvenir mugs with a big gaffe. They got Kate Middleton right, but the picture shows Harry instead of William. If I could, I would buy one or two, they will probably be worth money one of these days.

It appears that car manufacturing plants are laying people off because parts are unavailable from Japan. The economy really is global isn’t it? We have a large Toyota plant in the next town which will, no doubt, be affected by these shortages. There is still no resolution to the nuclear problems in Japan, we keep hearing reports that they have got power lines back to the plant, but if its true, nothing seems to have been gained by that. This made me think of the movie The China Syndrome which was about a nuclear meltdown possibility and the idea that it could burn right through to China. Jane Fonda and Jack Lemon were the stars.

I thought I was right and that spring had arrived, but it looks pretty dull out there this morning and I still 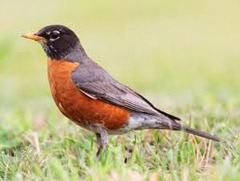 haven’t seen any American Robins which are considered a harbinger of spring here. There are definitely a couple of trees showing a touch of green, but not many. A friend said she had seen daffodils beginning to emerge, ah well, guess we just have to possess ourselves with patience. What really upset me was a TV cook talking about the availability of fresh asparagus, not round here it ain’t. Not til May.

A report on TV this morning stated that a lot of film stars had had their cell phones hacked into and nude photos stolen. What on earth were they doing keeping nude photos on their cell phones? Are they crazy? Some of the people mentioned were household names so I guess we can see nude pix of these stars on the net now. I am just staggered that the victims would do this in the first place.

I had an email from Black and Decker the other night and blow me if there wasn’t a delicious recipe for lamb chops which I just had to share. As you may have gathered, we love lamb, so guess what, these will be on our menu tonight. 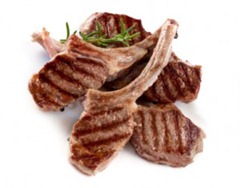 Place lamb chops on broil rack in bake pan/drip tray in single layer, season with salt and garlic pepper. Broil in preheated oven at 450°F in upper rack position, with rack down and oven door slightly ajar, for 5 minutes. Turn lamb chops over and season with salt and garlic pepper. Continue broiling until desired doneness, about 5 minutes for medium.