Monday was our bowling day as usual. I have mentioned before that one of the senior bowlers is a 96 (I think, could be 97 now) yr. old woman. I knew she went line dancing, but I discovered that she does so 3 times a week as well as bowling twice a week. I believe she plays ping pong too. Incredible, I can’t do all that now. I should ask her what her secret is.

Matt often watches car auctions on TV, run by Barrett-Jackson. They just showed a 1913 Model T Ford which was painted 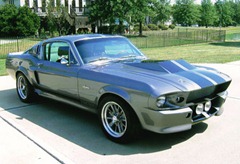 the prettiest lilac colour but it actually didn’t fetch that much, about $75,000. I thought it would get a lot more being such an old vehicle. Some of the cars for sale are absolutely gorgeous, all in immaculate condition with fabulous paint work, chrome plated engines, etc. etc. but personally, if I couldn’t drive the damned thing I wouldn’t want it. Not that I am ever likely to have that kind of money of course. The picture shows a 1968 Shelby GT500E which sold in 2008 for $140,000. If you Google Barrett-Jackson you can find pictures of all kinds of wonderful vehicles. I remember someone I knew many years ago who collected old cars, not in such fantastic condition, in fact he drove his, but they were still worth money and would improve with age. His idea was to put them in a barn under cover for his sons to ‘find’ after his death. No inheritance tax that way. Don’t know if that ever worked out lost touch with them.

Its funny how one does lose touch with people even if they were once great friends. Somebody mentioned the First United church which made me think of friends in Cambridge, he was once the minister – we lost touch with them, however, I managed to find out that unfortunately they are both now deceased although their kids and grandkids are around. I mentioned before that 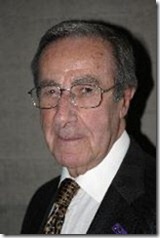 I  recently got in touch with another friend in the UK, Shaw Taylor, who used to be a well know TV personality, he is retired and remarried and still enjoying life but some of the people he used to chum around with are no longer with us. I guess that’s what happens as you get older. Mind you, I wish more seniors would get themselves on the internet, especially shut-ins. It is a wonderful way to keep in touch and to make new friends. Of course I live with a senior who will not learn how to go on the internet. Anything happens to me and no-one will ever hear from this household again. He might phone his daughters occasionally, but I think that will be it.

Ontario is bracing for a major snow storm starting some time tonight. The weather and news stations are pumping out doom and gloom regarding this storm on a continuous basis. So much so, Matt has gone shopping now instead of tomorrow morning, just in case. What’s the betting we don’t get much in this area at all? They are actually calling for 30 cm.

I get a newsletter from Jamie Oliver on a regular basis which includes all his newest, easily prepared recipes designed to encourage people who never cooked before, to start doing so. Part of his Food Revolution. I thought this one looked delicious, and I think parsnip is a very under-used vegetable. 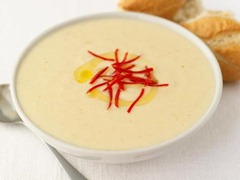 Heat a splash of olive oil and the butter in a large pan. Add the onion, garlic, ginger and garam masala. Gently fry for around 10 minutes, or until the onions are soft and sweet.
Drop in the chopped parsnip and stir together so that everything gets coated in the oil and flavors. Pour in the milk and stock, season well and bring to the boil. Turn down the heat and simmer for 30 minutes with a lid on.
After half an hour, check that the parsnips are cooked by sticking a knife in. If you’re happy, remove the pan from the heat and carefully whiz everything up using a hand blender or liquidizer. Taste the soup to see if it needs a little more salt or pepper.
Serve with a sprinkling of sliced red chilli, a few cilantro leaves if you like, and a good chunk of crusty bread.

Happy February and have a great day