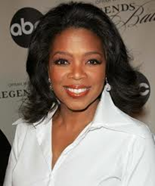 Last night I discovered that Oprah Winfrey is starting a new network which will be launched on March 1. It will be called the Oprah Winfrey Network or OWN. We were given a sneak preview, an hour long documentary about Diane Sawyer. I have always liked Diane, she hosted Good Morning America for years and is now the anchor woman for World News, one of the top jobs in television in the

US. Unfortunately we don’t see that programme as we are usually preparing and eating supper around the time it airs. The documentary made us both realise what an incredible woman she is and gave us a sense of appreciation and admiration of all she does because of her programmes and her life’s philosophy.

This morning, sadly, we heard of the death of yet another friend from cancer. She was only 59. What a pernicious disease that is. Its amazing that after all the money which is poured into cancer research, nothing has yet been found to eradicate this disease. Yes, I know a lot has been done and more people survive than once did, but…… 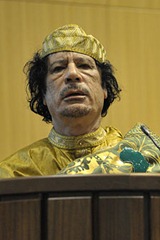 Libya is still very much in the news of course, what is taking place there is horrifying, but I cannot see that sanctions will achieve anything. The people who are rebelling against the government of Muammar al-Gaddafi (according to Wikipedia that is the correct way to spell it) will suffer from sanctions whilst Gaddafi himself probably won’t notice them. There have been murmurs of military action, I don’t really see how the US can afford to send in their military – everyone is already so committed to wars in the Middle East anyway. Our gas prices came down 1 penny a litre yesterday, whoopee!!! Considering we have our own gas, I am not sure why we are being penalised at the pumps.

In common with millions, I will be watching the Oscars tomorrow night. Unusually I have actually seen two of the nominations, The King’s Speech, which I thought was a brilliant film and really well done. I certainly wouldn’t mind seeing it again. The other is How to Train Your Dragon which I bought from Amazon a while back, I love it, Viking type characters with Scottish accents!!! I am not sure which category it is nominated for, but it has my vote.This is the trailer. 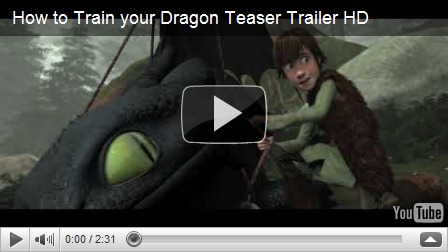 For Oscar night itself, Jamie Oliver is recommending a Nini Belline. I actually think I might prefer this with champagne. I am not too sure what “flat” peaches are, I have certainly never seen them round here, but as Jamie points out, canned peaches can be substituted. It would be wonderful to be able to obtain the canned whole peaches one could buy in Spain. Marvellous things.

I've named this beautiful cocktail after Leo Caplan’s wife, Janine (or 'Nini' as she’s known by her nearest and dearest). Leo made a really generous donation to a charity called Help a London Child, and in return I said I’d name a recipe in this book after his lovely wife! 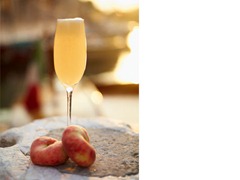 A peach Bellini is the classic Venetian cocktail, and my mate Arrigo serves loads of them in his world-famous establishment, Harry’s Bar. Arrigo’s grandad, Giuseppe Cipriani, opened Harry’s in 1931, and because he was a bit of a genius he ended up inventing not only this beautiful cocktail but also another thing I absolutely love — carpaccio. The story goes that when Giuseppe first made this cocktail the sun was setting and the colors in the drink were the same as the colors in his favorite Bellini painting…you can work out the rest! You can also get nice results using tinned peaches if you can't find beautifully ripe flat peaches. I think this is best made just before serving, in front of your friends. Halve your peaches, remove their stones, then pop them into a liquidizer and blitz until smooth. Add a splash of water if needed and put the purée into a jug. If you don't have a liquidizer just use your hands to squeeze, mash and really push the peaches through a sieve so you get as much as possible of their wonderful flavor and the color from their skins into the purée. You can get the purée as fine as you like, but I don't mind the thickness…it's quite rustic. discard (or eat!) whatever is left behind in the sieve, then pour your prosecco into the jug and gently mix together. Divide between six glasses right away, and top up with a little more prosecco if need be, and enjoy! P.S. The spirit of the Bellini isn't exclusive to peaches — nectarines or berries are also lovely used in the same way. There could easily be a Bellini for every month of the year.