I am somewhat puzzled and very horrified about these government troops firing on people; Libyan troops have fired on mourners, killing some, and Bahraini forces have fired on wounded people. I guess the idea is to terrify the revolutionaries into submission. I hope it doesn’t work, but on the other hand, I wouldn’t be out there risking death myself.

Sorry about no blog on Saturday. Had a lovely day!! Matt was picked up by the ambulance at about 7:30 a.m., I followed along later after having my breakfast (diabetics have to eat regularly). Much to my surprise he was already in Emergency, previously we have had to wait in Reception for hours (maximum 8 so far). Otherwise situation normal, they took blood, gave him a CT scan and later an ultra sound on the Carotid arteries but kept him in overnight so the stroke specialist could read the results. We thought he would be there til Tuesday (Monday being a 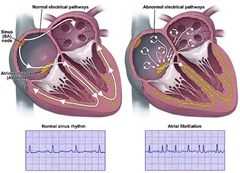 holiday) but in fact she (the specialist) came in on Sunday morning and they phoned (whilst I was showering of course) to say I could collect him. He has apparently to go for more tests in the future, but he has had every test they can do, so unless they can give him something new, not much point in my opinion. We know what is causing the problem, atrial fibrillation, and as far as I know nothing can be done. I decided to look up the spelling for atrial fibrillation, just as well, I was way out, I now read that the Mayo Clinic in the States has all kinds of cutting edge treatments available. I wonder if these treatments are available in Canada? Guess we will find out.

I was just reading another bed bug story, it appears since pesticides such as DDT were banned, bed bugs have become a major problem in North America. A Manitoba landlord has found the answer for his apartment block, he bakes them to death. http://tinyurl.com/46kccjr Seems quite a long process, but if it works, way to go. I am not surprised to hear bedbugs infest furniture as well as bedding, but electronics such as TVs, that does surprise me.

Got a busy week coming up. We have our travel league on Thursday and then on Friday head to Hamilton for my bowling tournament on Saturday. Staying the night there and bowling at 9:30 a.m. This year we decided not to bother with the banquet as that would mean hanging around Hamilton all day. Last year we booked two nights in the hotel, but we decided not to waste the money this time. One night is refunded, not two. Anyway, keep everything crossed for me on Saturday.

I joined the South Beach Diet briefly recently and then decided I would be spending most of my time in the kitchen to follow their regimen. They said there were lots more options and I didn’t have to do so, but I didn’t pursue it anyway. Ever since I get a regular email from them and this morning I got this recipe which I like the look of, I love Cannellini or white beans, also called Navy beans, in fact when I was on my own Saturday night, I made myself a bean soup for supper, delicious. I found a picture which looks similar to the ingredients.

Description
This quick, easy bean salad is great cold or at room temperature, making it a good take-along dish for work or a potluck. Serve it as a side with grilled chicken or fish. You can substitute 2 or 3 tablespoons chopped fresh herbs for dried and try dried basil in place of oregano, if you wish. Instructions
Whisk together oil, vinegar, onion, and oregano in a large mixing bowl. Add cucumbers, beans, and bell pepper; toss to combine. Season with salt and pepper and serve.