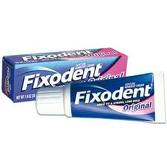 and Gamble stating that Fixodent causes people to ingest more zinc than is healthy and making a number of such people sick with nerve damage caused by this over ingestion of zinc. I have been looking into this as I use Fixodent regularly (top teeth only) and have some similar problems to those cited in the report. I also take a multi-vitamin which includes 7.5 milligrams of zinc. According to P & G Fixodent has about the same amount and my pharmacist says the recommended amount of zinc per day is 14-15 mgs. So I figure I am OK. To read the report go to http://tinyurl.com/4tpowpt  The P & G response is that people are not using the product properly by not using the recommended amount. They don’t give an actual recommendation, but show diagrams of how it should be applied.

I am getting confused about Egypt, one report I saw today said that Mubarak would be leaving tonight, now another report says he is still going to hang on til the end of his term. I wish they could sort it out over there as if this spreads, as people say it could, we could have quite a conflagration in that part of the world and the price of gas would sky rocket. Mind you, in Canada, we shouldn’t have to worry, but all our oil is sold out of country, so we have the same problems anyone else has.

Here’s some more chocolate for you, this time it is a low cal brownie offered by Eating Well. Of course, if you eat too many of them, they are no longer diet food.

Made with whole-wheat flour, these decadent-tasting brownies have a beautiful marbled cheesecake topping. Cutting them into bite-size pieces helps to keep the calorie count in check. 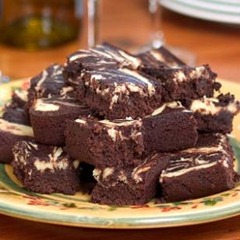