Having got rid of the medical equipment, things settled down and we had supper and watched GOAT and then Matt went to bed at his usual time, 10. I got to bed at 12 and for once in my life I dropped off quickly. Next thing I know Matt is groaning. I can't have been asleep an hour I don't think. Anyway, he was lying in bed in agony with his left hip. He was crying in pain. I sent for an ambulance and they ended up taking him in to the hospital. They gave him some Tylenol. I packed him some clothes etc. and followed on. I had to sit and wait because they hadn't found him a bed. Eventually I saw, through the doors, that they were moving him so next time the doors opened I skidaddled through. By this time the Tylenol (which I had tried to give him earlier) appears to have worked and he wasn't in pain any more. He then started agitating to go home!!! However, as this was the second time we had ended up in hospital because of his leg, I refused. Eventually the doctor came, about 5 I guess, and he decided to get Matt walking with the nurses and if he was OK to send him home, he figured Matt didn't need an X-ray or anything. So I guess we got home around 6.

Whilst in the hospital we were entertained by a girl (sounded like a child but she was in fact 21) screaming at the nurses and constantly using the f word. Saying they didn't know what they were doing because they were stupid!! Five minutes before she had been talking to them in a normal voice. She then started to cry saying she was in terrible pain and the effing nurses did this or didn't do that. Matt even yelled shut up. It was getting on our nerves. It sounded put on. Anyway, they apparently moved her. I said to one of the nurses "do you want me to slap her for you". I would love to have done so, talk about a spoiled kid.

Life isn't dull these days. I just got a phone call (Friday morning) that the care co-ordinator, Nan, was coming in to see me Tuesday afternoon. I will be interested to see what happens. Tuesday lunchtime, by the way, we are going to Mandarin. It's New Year's and therefore they have dumplings. Haven't been there for a while, seems like weeks. Kung Hei Fat Choi. Happy New Year in Chinese. Actually the New Year is on the 25th but Mandarin celebrates it for about a month which means plenty of opportunity for me to stuff myself with dumplings. Just what I need, but I do so enjoy them. We have made the regular pot stickers, but never tried any of the others. I believe the Instant Pot is a very good way of cooking them. 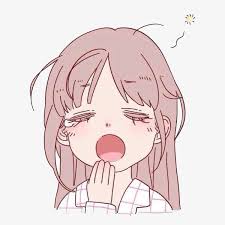 Despite having napped today, I still slept through Jeopardy and subsequent TV programmes so I am too tired to do a recipe for today. Sorry. Matt is the same although he got some sleep last night.

Funny, ladydog visited today with Zoey. During their visit, the plumber came to "snake" our toilets and Zoey would not stop barking at him. Guess she visits so often she thinks she has to protect the place.