Me, Bowling, The Royals, Mountain Goat

If medical stuff makes you sick, ignore this first bit. 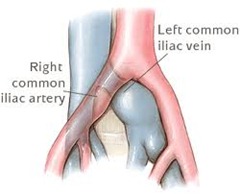 even more blockages than the ultrasound. It appears I have a piece of plaque right behind my belly button area, at the junction of the two iliac veins. What is currently planned is that I will be going in for an angiogram and angioplasty combined, some time in January, to place stents in that area. Later, I may well have to proceed to proper vascular surgery and have my leg veins by-passed. What staggers me is that I can go home the same day after the angioplasty. In 2004 I had to stay in overnight.

I had a phone call yesterday to say I had won the in- house tournament and would I be able to go to the next round in Hamilton in February. I assured them that I would – ops permitting of course. I had 85 pins over average last week, however, last year there were lots of people with 200 plus and one person with 300 or more pins over average!!! However, it is fun to do and we get a night in a hotel on the Association.

Of course there has been lots on the news about William and Kate. I loved the brief interview with Prince Charles who said he was happy about the engagement “they have been practising long enough”!!! Some people seem

surprised that she has the sapphire ring which was Princess Diana’s engagement ring, but to me that is a natural progression. many families pass down their jewellery to their descendants. It is a very large sapphire, surrounded by diamonds. Doesn’t leave a lot of room for a wedding ring does it? Now of course everyone is waiting for the wedding news.

I absolutely had to share this picture with you. This is from the current November edition of the National Geographic and the photo was taken by Joel Sartore. The goat, in this instance, is after a salt lick, but look at his position on the rocks. Most of us – even with climbing tackle – couldn’t manage this easily, how the hell do they. Do click on the picture and enlarge it, it really is an incredible sight, plus a fantastic piece of photography. But how the hell that goat gets where it is is a complete mystery to me.

Here is another bean recipe which will make up for the sinful dessert from yesterday.

Fiber-rich beans stand in for the beef and pork in this surprisingly rich-tasting vegetarian take on pasta Bolognese. Without the meat, the dish has only a third of the fat and 80 percent less saturated fat. To make the perfect meal, serve with a peppery arugula salad and warm, crusty Italian bread. 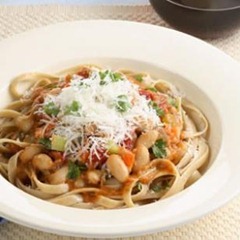 Shopping tip: A can of salad beans, a mixture of chickpeas, kidney and pinto beans, adds depth and variety to this recipe. Look for it in the natural-foods section of larger supermarkets or natural-foods stores. If you can't find it, substitute a can of your favorite beans.