A friend fixed it so we can watch both VHS and DVD movies these days and, being in isolation, I fished out one which was of a Pavarotti concert which took place in Hyde Park, London, in 1991. Princess Diana and Prince Charles were in the audience, everyone getting soaked. The VHS was in pretty good condition considering it is 30 years old and the sound was good too. This is the second VHS we have watched lately. Having watched Saving Mr. Banks for a second time, I fished out our copy of Mary Poppins. I knew there was a glitch in the tape, but after all these years, the glitch, when it got to it, stopped the tape completely. Now I am undecided, should I buy a DVD of it or not. The glitch happens just when Mr. Banks is being "fired" by the bank big wigs. If you've never seen Mary Poppins, the original, you should. It was a great movie and Walt Disney did a wonderful job with it which is what Saving Mr. Banks is all about. I have a lot of VHS movies and some personal stuff which I recorded. There is even some of my first wedding and honeymoon which took place in 1962, i.e. almost 58 years ago. I wonder what condition that is in.

Saturday night for supper I cooked a large sirloin steak which I had bought at VSM the other day. It was excellent, their meat may be a bit pricey but it's good stuff. I made a sauce with it, shallots, red wine, Balsamic vinegar, it is really delicious with beef. I even managed to get the knife good and sharp, I am getting better at sharpening knives.

I somehow bashed my finger, just below the knuckle, the other day. On my desk drawer which was shut. Stupid thing won't stop bleeding. Having trouble keeping the Bandaids on particularly with all this extra hand washing. Every time it falls off I think the wound is OK and then an hour or so later, I'm bleeding to death again.

Sunday night PBS had Jonathan Antoine on again, same concert as before, and, as before, we missed the first bit. I would absolutely have loved to go to the concert in Toronto, next October, but not possible. His voice is so fantastic.I was in tears, this song is so sad, from Les Miserables, and to hear Jonathan sing it, words fail me. Apparently he did lose some weight, but I think he needs to lose a tad more. I am planning to buy his DVD being released at the end of April

Here's a simple recipe from Kevin Lynch, one of my favourite cookery writers 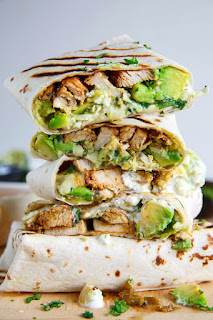