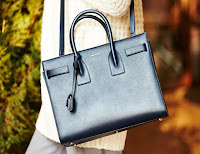 I received an email today offering various purses (handbags) for sale. One of them looked quite nice so I followed the link. I was somewhere in the $1,300 price range. There were even purses at over $2,000 although they did have a few cheap ones which were only priced in the hundreds. I'm sorry, but anyone who pays that kind of money for a handbag is nuts. I know some women consider them a fashion accessory, but when I think of all the things I could achieve for the same amount of money. I suppose if I were a very rich woman I might buy them, but are there really that many rich people out there who can afford to buy them? This picture shows the one which attracted my attention and I think it is the one at $1,300 odd.

Matt gets to see his surgeon this morning, I think he is hoping both to have his stitches removed and to be allowed to bowl. Sorry but I don't think either of his hopes will be realised. Much too soon to remove the stitches, especially the ones on his shin. I am afraid I have been neglecting my blog reading lately, sorry about that everyone and I will try and read as much as I can as soon as I can.

Tuesday we saw the last part of a programme we both thoroughly enjoyed. It was on PBS and was 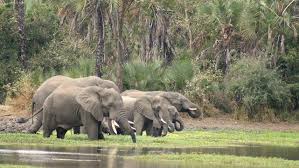 about saving the park at Gorongosa in Mozambique. The country has been torn by war and the animals have suffered really badly. Conservationists have been trying to restore the park with sufficient numbers of animals to attract tourism. It was a fantastic series but on Tuesday night, we saw the film makers and naturalists get surrounded by elephants who were threatening to charge them. One actually did so and if it hadn't stopped, they were having trouble outrunning it. A very frightening situation. The series is available to purchase and is also available for download on iTunes. I don't know when this film was made, but from the look of the pictures tourism has been achieved and the park is doing well.

Here's another recipe for Brussels Sprouts. They sound good, but once again, too much sugar for my taste. Balsamic vinegar is sweet anyway.


Brussels Sprouts with Balsamic and Cranberries 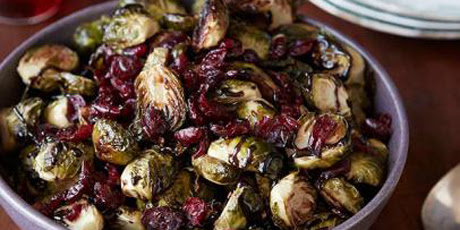 1. Preheat the oven to 375ºF. Trim/clean the Brussels sprouts, then cut them in half. Arrange on 2 baking sheets and toss with the olive oil. Roast until brown, 25 to 30 minutes.
2. Combine the balsamic vinegar and sugar in a saucepan. Bring to a boil, then reduce the heat to medium-low and reduce until very thick. Drizzle the balsamic reduction over the roasted sprouts, then sprinkle on the dried cranberries.