I forgot to mention, yesterday, how pathetically I bowled on Monday. I don’t think I bowled that badly the first t

ime I ever tried the game. I barely scraped over a 100 for each of the three games, I didn’t reach my average once. However, I did find out I had qualified for the next round of a tournament, only trouble is, the guy who is my partner will probably not wish to go on. Maybe Matt, who also qualified, and I can pair up.

A pet peeve of mine, I watched a cook (I refuse to call anyone so uninformed, a chef) on Good

Morning America preparing a stew and he kept talking about caramelising the foods. You can only caramelise something with a sugar content, like onions, not chicken. For the English amongst you, by the way, over here that is pronounced “karmelizing”.

I just donated a few bucks to Wikipedia. I think they have an excellent and if I could, I would donate a lot more. I use them a lot, especially writing my blog, and hope more of you will support them with a few shekels. As you see, I now have a logo on this page. 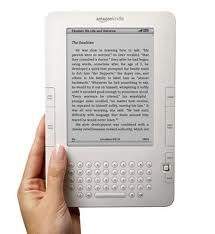 the jack for earphones. I was offered some free audible books which I downloaded. They played fine on the Kindle, but obviously other people won’t want to listen to them. I have three sets of earphones and not one would work, I thought that meant I had to have special earphones so I ordered some. They arrived yesterday and didn’t work either although they worked fine with my laptop. I phoned Amazon and they are now replacing my Kindle plus I am returning the ear buds. Good service. I wondered if I could pay to upgrade, no such luck.

Somewhere, recently, I saw mention of Welsh Rarebit and immediately thought, I haven’t eaten that in years. I then decided to look on line for a recipe but all the ones I came across were altered versions of what I knew as the original. I turned to my trusty Mrs. Beeton’s cookery (1935) and found the kind of recipe I remember. I made it for supper last night and thought I might have done something wrong, but in the end it was delicious. 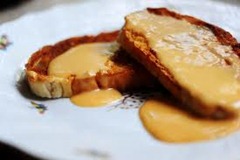 1/4 lb. of Cheshire or Cheddar cheese

2 Tbs. either milk or ale (I used cream)

1 tsp. made mustard (we are talking Colman’s here)

Melt the butter in a stewpan, add the cheese grated, stir until melted, then add the milk or ale gradually, mustard, and season to taste. Have ready some hot buttered toast, pour the cheese preparation on to it and serve as hot as possible. Sufficient for 3 persons.