It always staggers me, thinking about St. Patrick's Day, is that Matt's younger daughter was born on the 17th and so was her husband (the wildlife artist) and both in the same year. Most unusual. 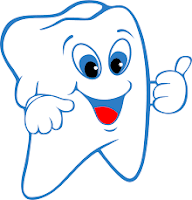 I have definitely decided I should have been a dentist. When I went yesterday I ended up with a filling and an X-ray which was $332.00. I only have to pay $49 mind you so that helps. But I really don't know how they justify some of these costs. I have today booked the date for my extractions, May 2. Our bowling league finishes on May 1 so I won't have to turn up toothless. LOL. I was thinking about the filling, not a scrap of pain even though I was as nervous as a kitten. Things have changed so much since I was a young woman. Children of today should have no reason to be scared to go to the dentist, it is all so much easier nowadays. I remember one dentist we went to in the UK  wouldn't give injections because it cut into the cost of other treatments. In those days dentistry was free, not sure if it still is in England.

Bowling was pretty putrid Thursday, I blamed it on the filling LOL. I did beat Matt once. Lot of kids there today because it is March Break this week. If only the parents would control them. It is very off putting to have kids running around when you are trying to bowl.

Matt decided to watch The King and I last night. I wasn't really watching it but of course I was in the same room. I do love the music. But I was NOT watching - I still ended up in tears when the king died. How daft can you get?

Sticky Toffee Pudding is a classic in the UK but here is an "Irishised" version for St. Patrick's which includes Guinness. The only people who don't subscribe to all this "Irishness" at this time of year are the Irish themselves, or at least, those who live in Ireland.

This Guinness sticky toffee pudding is so indulgent, sweet and spongey - and it's absolutely delicious with plenty of hot custard poured over it. There's nothing as warming on a cold winter day as a really rich, sticky pudding and this will really hit the spot. You make this recipe in a slow cooker or in the 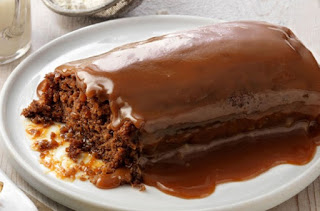 oven, so take your pick. It takes a little while to cook, which means it's more of a weekend project, but it's well worth the time it takes to make and you'll see why when you get that perfect pudding texture!

1. Grease a 3.5-litre slow cooker basin. In a bowl, cream together the butter and sugar until light and fluffy using an electric whisk.

2. Add the eggs, flour, salt and vanilla, and whisk until well combined. Roughly chop the dates and stir through the mixture. Spoon into the slow cooker basin.

3. To make the sauce, gently heat the Guinness, golden syrup and sugar until the sugar has melted. Pour over the cake mixture, cover with a lid and cook on low for 3 hrs. The cake is cooked when an inserted skewer comes out clean.

4. If you don’t have a slow cooker, heat the oven to 140C, gas 1, and spoon the mixture into a large baking dish. Cook in a bain-marie in the oven for 3 hrs.

5. Serve the cake on a lipped plate(to catch the toffee sauce) with plenty of hot custard.