OK,  it's all over bar the shouting. I am minus 2 more teeth. The injections hurt like hell but that was the only thing that did, unless you count the bill. I was shaky and very cold when I left and right through til close to lunch. Then after lunch I was bored and so we went to the bowling alley after all. I was semi prepared to sit and watch, but didn't in the end and had one of the best games I've had for a while!!! I even beat Matt twice. Took a large mug of iced tea with me. No hot drinks.

I remembered a recipe we used to make a long time ago when in NC. It was a knock off of a paté sold

I ate it on whole wheat bread - having cut off the crusts which are a nono for me at the moment - small bites at a time. Matt just made a sandwich of his. 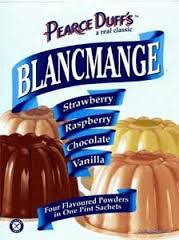 I also made a blancmange which is a typically English milk pudding. I have a packet which was sent by Matt's daughter several years ago (she sent 2 packs, only used one not sure why). I have never seen it in Canada. Having written this, I decided to Google, Guess what, good old Amazon sells the same packet as that I already have. Blancmange takes me back to my childhood, my mother used to make them for birthday parties for me. There is/was an English cook/author who published a book with original recipes. I tried making her recipe for blancmange. Quite different to what I was used to and I didn't enjoy it as much. I also tried her recipe for custard and that was absolutely no different to the Bird's Custard that so many of us in England used to use, probably still do.

I am not really up to writing much of a blog today, so that's it for now.