I'm going to register a complaint, Matt bowled really well on Monday, I only had one good game, again. As a team we didn't do that well either but as we were up against the best team in the league, I wasn't terribly surprised. 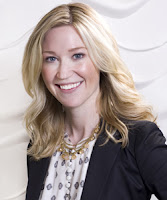 Today, Tuesday morning, we are going to see the Plastic Surgeon about Matt's basel cells and skin cancer. Not too much else on our minds at the moment. Mind you, when I showed Matt the picture of the physician he is going to see, he wanted to leave me at home. No such luck fella. I am still puzzled that she is a Plastic Surgeon. I did not know that they dealt with such stuff. I thought it was all face lifts and similar surgeries. Of course Matt's visit will be covered by OHIP (Ontario Health Insurance Plan) now I am trying to figure out how I could get some surgery done on my face covered by OHIP. I am getting a tad saggy in places. Oh well, guess I have to put up with it. The dermatologists always say these skin cancers are caused from the sun when we were younger. However, I am under the impression that the ozone layer was thicker in those days. It is a fact though that we played in the sun for hours without thinking anything about it. In latter years, when we lived in NC Matt would go out clamming or something and not wear a shirt. I would have thought that was much more likely to have been the problem but of course I am no expert.

Tacos are not something we serve very often, but these sounded pretty tasty to me. 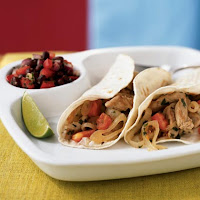 Heat a large nonstick skillet over medium-high heat. Sprinkle pork with salt and black pepper. Add oil to pan. Add pork, and sauté 4 minutes or until browned. Remove pork from pan; place in a bowl. Add onion and jalapeño to pan; sauté 5 minutes or until tender. Add broth; reduce heat, and simmer 1 minute, scraping pan to loosen browned bits. Stir in tomato; simmer 2 minutes.
Return pork and accumulated juices to pan. Stir in cilantro and lime juice; cook 1 minute or until pork is done.
Heat tortillas according to package directions. Spoon 1/2 cup pork mixture into each tortilla; roll up.

Note: Browning the pork improves its color, and the browned bits enrich the sauce's flavor. Add more jalapeño pepper if you enjoy spicy food. Use the same pan to brown the pork and make the rave-worthy sauce.