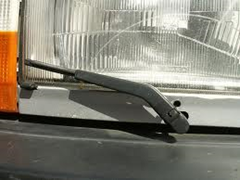 Maybe we are behind the times, but we went to the store on Saturday and on walking back to the car Matt spotted a Volvo with wipers on its headlights. We had neither of us ever seen that before, however, Googling I found lots of pictures of cars with headlight wipers. I wonder how they work in the snow. 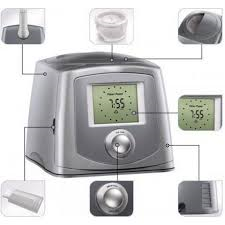 the clinic. Although they stock the same brand name, they don’t have that particular one. I ended up getting a different full mask and after discussion, she decided to up the level of pressure from 9 to 10. When I got home I put the flash drive into my computer and she did whatever they do in order to increase it. My friend can do that for himself, but I can’t and have to rely on them to do it for me. The USB port is on the left of the machine – small slot at the side. I had trouble figuring how it went into the computer, it doesn’t look like a regular flash drive. I am providing all this information as there appear to be a number of bloggers out there who have to go through this procedure. I finally spent some time working with the ‘clock’ face figuring out how to set alarms, change times, change humidity, etc.

I have been taking a statin, Lipitor, for a number of years. Because

one is diabetic, reasonable levels of cholesterol become too high. I don’t tolerate any kind of cholesterol medication too well and get the most terrible cramps even though I am on a very low dose. I also take several other pills to help with cramp, makes it better, but doesn’t fix it. Now I am beginning to hear/read/see reports which say that cholesterol isn’t the big problem that it has been touted as being.  This article quotes a world renowned heart surgeon and his current thinking. Dr. Dwight Lundell is the past Chief of Staff and Chief of Surgery at Banner Heart Hospital , Mesa , AZ. His private practice, Cardiac Care Center was in Mesa, AZ. Recently Dr. Lundell left surgery to focus on the nutritional treatment of heart disease. He is the founder of Healthy Humans Foundation that promotes human health with a focus on helping large corporations promote wellness. He is also the author of The Cure for Heart Disease and The Great Cholesterol Lie. This is, by no means, the only source of this kind of information. I might say that I have been saying, for years, eat real food, full fat creams and cheeses, etc. except eat them in moderation. Most low fat products, apart from being full of chemicals, taste pretty awful as well IMHOP.

For me, only two weeks left before asparagus season is all over for another year.  You'll hear me crying wherever you live. Here is another recipe from The Guardian.

Sparga siitve is a very tasty dish which can be served with vegetables and salads or with bread or a pilaf. Hungarian asparagus

is long, thick and white, but the green British variety will do just as well. You can also use yoghurt instead of sour cream.

1 Preheat the oven to 200C/400F/gas mark 6. Wash and drain the asparagus thoroughly. Simmer for 5 minutes in boiling water and drain. Pat dry with kitchen paper and arrange in a large, greased ovenproof dish.
2 In a small bowl, mix together thoroughly the sour cream or yoghurt, flour, egg yolk, salt, paprika and sugar. Pour this evenly over the asparagus. Sprinkle the breadcrumbs over the top and then dot with small knobs of the butter. Bake in the oven for about 15 minutes or until the top is golden.