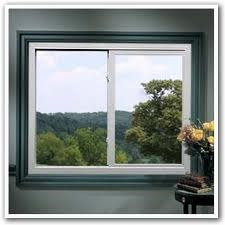 windows. I opened one and after a couple of inches or so it wouldn’t budge. On examination, it is impossible to open any of the new windows more than that. They are blocked. I am not a happy camper. I cannot imagine why this should be. I have since found out that, because we are on the 5th floor, it is for safety reasons??? I don’t understand, if we wanted to chuck ourselves out we have a balcony which would be much easier to jump from. I have never heard of such a thing before.

In the news yesterday, Chris Hadfield, who recently spent 5 months as the commander of the International Space Station announced his retirement from the Canadian Space Agency effective July 3. He says he has been an astronaut for 21 years and is the last of the team he trained with. One thing which staggers me, it is going to take him until Labour Day to fully recover from his 5 months weightlessness. I hadn’t realised it took so long. He also says he had promised his wife, some 30 years ago, that they would return to Canada, so now they can do so.

Been playing around with my new android and seeing what apps, if

any, I wanted. I have used Quicken on my computers for years to manage my finances but was teed off to find out that although there is an app for the US version of Quicken there isn’t one for the Canadian version. Bummer. I was hoping not to have to travel with my laptop, but looks as though I will have to after all. I can keep in touch with the bank OK, but not run a Quicken financial app on my android. They need to pull their fingers out. I have a Kindle app on there although my Kindle itself is better because of the paperwhite technology. You can read in bright sunlight which is not possible on the tablet.

I thought this sounded great. I had never heard of carnaroli rice but I have linked it to Wikipedia. It is an Italian rice better than the usual arborio for risottos apparently.

This risotto is one that tastes best without the additional flavour of stock. These three ingredients are a wonderful trinity and need only the plainest of backdrops to sing.

1 Fry the onion in 50g butter with a pinch of salt over a moderate heat for 10 minutes until tender.
2 Add the rice, fry for 2 minutes more, then pour in the wine and simmer until absorbed.
3 Add the water a little at a time, waiting for it to be mostly absorbed between additions. Taste for seasoning all the time. About 5 minutes before the end (about 10 minutes after you started adding water), add the asparagus.
4 When the rice is still a touch too al dente for you, crumble in three-quarters of the gorgonzola (you can use or lose the rind as you like) and the remaining 25g butter. Stir until you are satisfied. Serve with the hazelnuts and the remaining gorgonzola scattered on top.