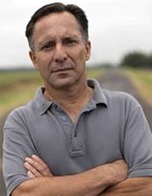 It appears that a well known storm chaser, Tim Samaras, his son and a colleague were all killed in the Oklahoma tornados on Friday night. Tim Samaras had worked for the Discovery Channel and National Geographic and helped design equipment which was used for recording storms. What a tragedy that his son should have died but no doubt he was following in his father’s footsteps. I have seen lots of video from storm chasers and I wouldn’t do what they do if you paid me a fortune.

I was thinking, this morning, about how things have changed during my life. I had a couple of ads in my inbox for adult toys today; to me this is somewhat incredible – as a youngster such things were very much taboo. They were even emailed by a company from whom I have bought bracelets? Even into my twenties I knew girls who believed sex was something only males enjoyed and females had to put up with. Models who advertised underwear were kind of regarded as sluts and ads for all the things you see today would have had everyone up in arms. Nothing is sacred any more, from pads and tampons to erectile dysfunction and dildos. Books too, no longer can you get a pleasant romance, today they have to be filled with steamy bedroom scenes, not always in the bedroom of course. I get fed up with it, get on with the story for goodness sake. Movies are much the same, obviously some people like to read or watch sex 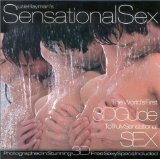 scenes, I don’t want to, but I suppose authors have to go with the flow today although I have read excellent books recently which don’t include any sex in them at all. In my opinion, as a reader, if you have to rely on sex to sell your books, you’re not a very good author. Think of some of the top sellers of today, Robert Jordan, Brandon Sanderson, George R.R. Martin, J.K. Rowling and so on, they don’t generally include sex or profanity in their stories. I am not talking about the implication of sex but the detailed blow by blow stuff where one reads exactly what each person is doing to the other and how their partner is responding. To me that is pornography, the sort of thing that, as youngsters, we used to read to titillate our imaginations and giggle about in corners. Hmm, this turned into a bit of a rant, didn’t it? I have a friend, Suzie Hayman, who writes books on sex and how to improve your enjoyment of life with your partner. That’s a different scene altogether and if you need such books, she is providing a great service. She also writes and broadcasts helpful advice about relationships of all kinds. 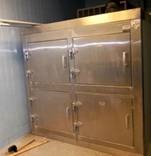 I laughed when I came across this story, who on earth would want to buy a morgue fridge. Mind you I think a few funeral homes could do with one. They periodically get customers who are not to be embalmed and these characters could benefit from a fridge in which to rest until the time of their funeral. But, otherwise, what use could such a fridge be to anyone. I suppose another hospital might buy it. Maybe it could be converted into a suitable fridge for a restaurant, would be useful having slide out shelves.

I thought we’d have a drink to celebrate the beginning of June, this appealed to me. 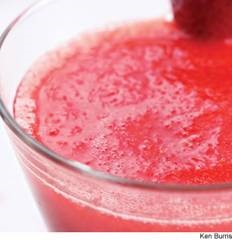 You’ll feel like you’re on a tropical getaway with this refreshing strawberry-coconut cocktail. To keep it cool in warmer weather, freeze fresh berries for 30 minutes before blending. Variation: For a nonalcoholic version, omit the rum and add 1/2 cup additional strawberries.

Instructions
Combine strawberries, sugar and lime juice together in a blender. Blend until smooth. Add ice cubes and rum and blend until frothy. Transfer mixture to a pitcher and serve.