Yesterday Father Dragon was talking about Emptying the Cup before you Filled it. Or letting go of the old before you adopted the new. Later in the day I started thinking about computer systems. In the 80’s we had DOS and then Microsoft introduced Windows which I hated and hung on to as long as I could. It occurred to me that this is something like he was talking about. One is reluctant to get rid of the things with which we are familiar and to venture into something new without the support of the old. 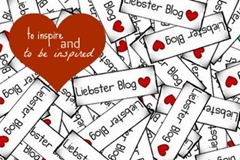 I was reminded, today, also by Father Dragon, that as yet I hadn’t responded to the Inspiration Liebster Award which was given to me by Yolanda Renèe of Defending the Pen. I was asked to answer some questions and to refer to and thank the person who sent me the award as well as tell a few things about me and pass on to some other blogger. Thank you so much Yolanda.

WHERE WERE YOU BORN?
Cheshire, England
WHERE ARE YOU LIVING NOW?
Ontario, Canada
IF YOU WERE A CRAYON, WHAT COLOR WOULD YOU BE?
Blue
LAST MOVIE YOU WATCHED?
Three Coins in a Fountain on TV the other night
WHAT BOOK ARE YOU READING NOW?
Strands of Pattern – JEff Hargett
The Tollgate – Georgette Heyer
Fable (The Lorn Prophecy) – Lisa Fender
THE POWER GOES OUT.  IT WILL BE OUT FOR SEVERAL HOURS. WHAT DO YOU DO WITH YOURSELF?
Listen to music on a battery powered radio and if it was daylight and warm enough, I would go outside to read. In the evening we would probably go out to eat.
WHAT ARE YOU LISTENING TO RIGHT NOW?
Albatross by Fleetwood Mac
GREATEST STRUGGLE AS A WRITER?
Blogger, not writer.
WHAT IS THE ONE BOOK YOU THINK EVERYONE SHOULD READ?
Shogun by James Clavell
IF YOU COULD BE ONE OF THE GREEK GODS WHO WOULD YOU BE AND WHY?
Hera, the power behind the throne
WEIRDEST THING YOU'VE EVER BEEN TOLD BY A FORTUNE COOKIE?
Can’t remember anything weird. Can’t remember what they said anyway.

SEVEN RANDOM FACTS ABOUT ME:
I have just lost 18 lbs but can’t move any better.
I used to write poetry
I went to 10 different schools
I lived on a boat for a large part of my life
I’ve been blogging for 6 years and married for 41.
My favourite dogs are German Shepherds
I speak rusty French, a smattering of Spanish and a very little Greek and would love to be able to afford Rosetta Stone language courses.

My nominees are
Loverofwords at Of Shoes and Ships and Sealing Wax
Tina at Life is Good
Elise Fallson at Elise Fallson
Baked Beans is a perennial favourite at picnics, and as July 1 (Canada Day) and July 4 (Independence day) are coming up, I thought this twist on the old favourite might be acceptable. 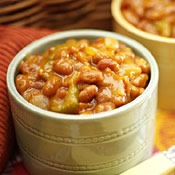 Have a great weekend, happy Canada Day to all Canadian readers.