Interesting little story, a duck is going to get a prosthetic bill after being attacked by a raccoon. (Her babies were killed). If she doesn’t get the prosthesis her tongue will freeze this winter. It really is incredible what can be done these days. Once upon a time I guess the duck would have died because of this raccoon attack. Which begs the question, are we right to interfere with nature? Apparently a dentist is prepared to foot the bill which could probably be expensive. The pun wasn’t intended, but as its there!!!

Oops, I have just been informed that the picture I posted from the Carolinas 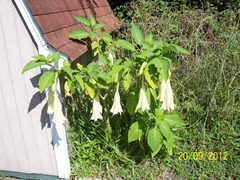 and described as a zucchini flower was actually a Burgmansia. Just as well I didn’t try stuffing and cooking it. The blossoms were quite white whereas the flowers of the zucchini plant appear to to be yellow. 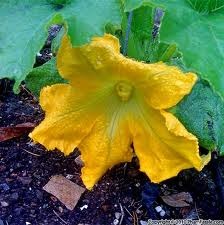 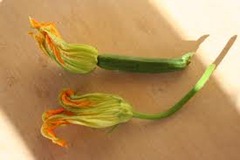 I wonder if we would have been poisoned had I tried stuffing them? Something I have always wanted to try eating and have never had the opportunity. Anyway, many thanks to my friend for pointing out the error.

We now have a pretty new white, and clean looking, toilet. Only problem is, the pedestal is much smaller and the floor tiling doesn’t cover all the area. It has been suggested we get a toilet mat. I have never thought they were particularly hygienic. We were also told that the flooring round that particular toilet is rotting out, so maybe I can persuade the landlords to do something about it. I’m not sure about this, seems there is wood over top of the concrete; I think! Needless to say, when I phoned, the person I needed to speak to was not in that day.

Another delicious looking recipe which will be tried by us very soon. Makes me want to eat it right away. 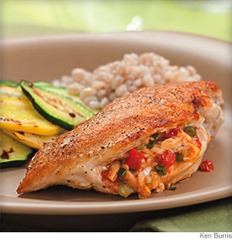 gives them great flavor without a lot of effort. Don’t be concerned if some of the filling oozes out while the chicken is baking; just scoop it up from the pan as you serve. Serve with: Sautéed zucchini or summer squash and barley.