Alaska and Caribbean, Bahamas and Conch.

Sharon K. Mayhew of Random Thoughts has been writing a lot about her trip to Alaska which has been making me green with envy. It is a cruise I would really like to do some day. We only ever did one real cruise and that was in the Caribbean a long time ago now, or so it seems. We thoroughly enjoyed the trip which only lasted a week and began and ended at Puerto Ric 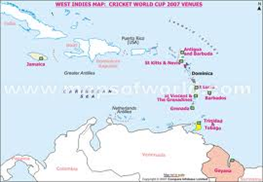 o (that’s pwerto not porto). We visited quite a few islands, the first night and day we sailed to Grenada and then worked our way back. Sailing at night and visiting a different island each day. I wrote a daily diary whilst we were cruising and its nice to look back, also to look at the postcards I stuck in the diary as well.  When we used to travel in our little trailer, I always wrote a diary of the trips and stuck postcards in to illustrate where we were. Nowadays, I guess I use a blog instead. The diaries were a precursor of blogging I suppose, never thought of that before.

The only other ‘cruise’ of sorts that we did was a three day jaunt to the Bahamas, 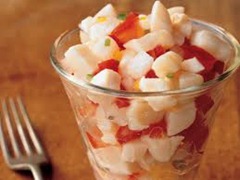 we took ship at Fort Lauderdale, had a 5 hr. trip with excellent food on board, then spent a couple of nights on the island and came back in the evening of the third day. More excellent food on the ship including a 7 course dinner which we paid a little extra for. We also very much enjoyed our time on Grand Bahama island and got to try conch fritters and conch salad. The latter I didn’t get up the courage to try until the last day and was very upset that I hadn’t tried it before, could have kicked myself. I had previously eaten conch stew in the Carolinas which I hadn’t enjoyed so was reluctant to try. Dunno if they are exactly the same critter or not. Rum is so cheap in the Caribbean, mixes are expensive.

I’ll tell you something, by the time we leave on Friday, I will be needing a holiday. Tuesday I had a couple of doctor’s visits, Wednesday foot nurse, hair cuts, and getting my Avon orders to my customers as well as sorting out a few things for packing. Thursday packing, packing and more 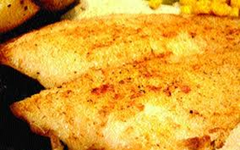 packing. I am exhausted now!!! Re doctor’s visits by the way, I will be going in for more vascular surgery, no idea when. I am not sure when my next blog will occur. We will be leaving Friday morning fairly early. When we get to the cottage on Saturday, I will have no internet access so periodically I will have to go to the realtor or somewhere to get access. So until next time, picture us enjoying flounder, oysters and shrimp.

This recipe sounded good and will be one I try when we get home again. I love soupy things like this with rice or noodles.

Here's the quintessence of Japanese home cooking: an aromatic, protein-rich broth served over rice. Admittedly, Japanese cooking leans heavily on sugar - for a 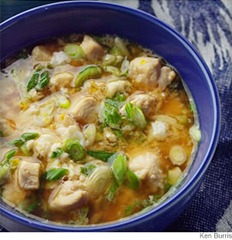 less traditional taste, you could reduce or even omit the sugar.