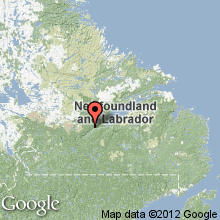 Interesting item, a German U boat has probably been found in the Churchill River in Labrador. Apparently a search team were looking for some missing men who had gone over the Muskrat Falls and they were scanning the bottom of the river when the found what looked like a U boat. This was 2 years ago. If it is decided that the wreck is a U boat, it will be left in situ and declared a war grave. The German embassy say there are still several missing U boats and that there were U boats operating in the Newfoundland/Labrador area. The embassy was surprised that a boat might be that far inland.

By the way, I forgot to mention that I had obtained the book Loitering with Intent: 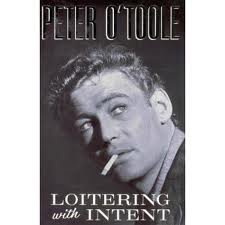 The Child which is Peter O’Toole’s autobiography. I have quit reading it. In the first place the book is a series of anecdotes rather than a continuous story, and there are a lot of lists of words in many of the anecdotes, descriptive words, but I don’t find them very enjoyable reading. I was somewhat disappointed particularly as, to me, he is such a wonderful actor even though he has now given up on the profession. Its not often I give up on a book but found I just was not enjoying this one. I discovered he is 6 years older than I am and his memories of the war years are much more vivid than mine. He conceived quite a hatred to Hitler who had quite an effect on his early years. I guess he did on all of us youngsters of that time.

Yesterday, when shopping, Matt bought Papayas. I have never eaten them, nor had I a clue how to do so, Google to the rescue. I cut one and just spooned out the flesh, it was good. I also discovered what looks like a delicious salad so thought I would share it with you. I don’t know why I have never tried them before, guess I didn’t really know what to do with them. Maybe tomorrow I will try this recipe.

If you're tired of the same boring salads, try my Fresh Papaya Salad with Prawns and Garden Greens. A complete meal in itself, this salad also works as an appetizer or side dish. Accompanying the salad is a unique Thai dressing that is so good, you won't even notice it's low-fat. You'll definitely want to make extra to keep in the refrigerator for your regular tossed salads!

For complete instructions on how to buy and prepare fresh papaya, see: How to Prepare a Papaya.

Email ThisBlogThis!Share to TwitterShare to FacebookShare to Pinterest
Labels: Fresh Papaya Salad with Prawns and Garden Greens, Loitering with Intent, U Boat