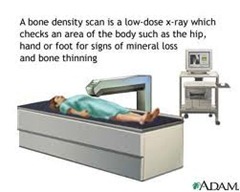 So yesterday I went for a bone scan, I had one once before but had forgotten how it went, very simple really. I was told to remove jewellery by the office staff, but I am unable to remove my Medic Alert bracelet myself, when I mentioned it to the technician she said it didn’t matter. I am not sure why my doc suddenly decided I should have a bone scan unless it was because my tooth broke the other week. Matt had one after fracturing a vertebra but we never heard anything so presumably his bones are fine. They could only check one of my hips due to the replacement, presumably they couldn’t check either of Matt’s. Something I was a bit took aback by, I have always known my height to be 5’ 6”. Guess what, she measure me at 5’ 4” so I have shrunk a couple of inches. Maybe I need to get one of those things you hang upside down on to stretch me a bit. LOL. 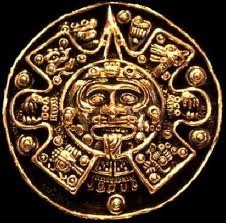 has been interpreted to mean that the world will end in 2012, September I think. From what he wrote, I wondered just how many people do believe in this prophecy  and are worried about the world ending. The thing is, if it ends, it ends, and we would probably not know a damned thing about it so why worry about it anyway. I certainly am not. I wonder just how many such prophecies there have been over the centuries, the Mayan one is apparently open to different interpretations, didn’t Nostradamus have anything to say on the subject? I was reminded about the prophecies of the “old woman” who offered 9 books of prophecies to a King of Rome, he said they were too expensive, she burned three and offered the remaining 7 at the same price, he still refused, so she burned three more and offered the final 3 still for the same price whereupon he relented and bought them. The terrible thing about these books is that they were subsequently destroyed by a Christian because they were pagan. What a terrible thing to do, destroy books. I guess the old woman destroyed a few as well.

Yesterday was Nelson Mandela’s 94th birthday. That is a good age. I have written before about longevity and he is another example of it. Considering how long he spent in prison, he is a remarkable man. I went for a haircut and my hairdresser said I was still a spring chicken and to weight til I hit the 90s before we talked about age. She has several customers in the 90s.

Here is yet another flank steak recipe. I haven’t made up my mind yet which one I will try first. 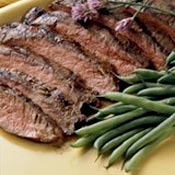 beef. Just add steamed rice with black sesame seeds, some green beans, and you have an easy, delicious dinner!
INGREDIENTS

Place flank steak in a resealable plastic bag and add marinade. Refrigerate for 3 to 6 hours, turning occasionally to distribute marinade.

Remove flank steak from the marinade. Reserve marinade. Place steak in center of cooking grate and grill for 15 to 20 minutes, or until desired doneness, turning once halfway through grilling time. Occasionally brush lightly with remaining marinade while grilling. Remove steak when done and hold in a warm place for 5 to 7 minutes. Slice thinly on the bias for serving.

Meanwhile, bring remaining marinade to a boil and simmer rapidly for 5 minutes. Serve with steak.