By the time I got home yesterday afternoon, I was knackered, worn out, aching all over, you name it, that was me. I

will never, but never try bowling 6 games in one day again. My scores in the afternoon made it look as though I had never bowled in my life before. In the morning, we came first, but there were still 5 more teams to play before we knew the true results, in fact we ended up second and the other team beat us by 7 points. Yay us. We are patting ourselves on the back. This now means we have to bowl in Chatham, Kent (yes in Ontario) at 10 a.m. on September 1. However, we have been asked for $42 each which includes the price of a banquet. Sorry, I am not hanging around in Chatham all afternoon just to attend the banquet (food usually isn’t that much good anyway at these things).

After all that exercise yesterday, I was up at 5 a.m. this morning with cramps in my feet. Ouch. At such times I drink a glass of tonic water which works wonders due to the quinine in tonic. I was sitting in the living room with the patio door open, and I could hear the dawn chorus. Long time since last I heard that. There must have been thousands of birds twittering, we do have a lot of trees outside our windows after all, and I wondered what makes them all twitter at that time of the morning, one never hears so many at any other time of the day. It lead me to start thinking about book 2 of Glenda Larke’s Isles of

Glory trilogy, Gilfeather, with all the birds featured in it - until the magic ends – a very evocative scene that has definitely stayed with me. This is the cover from Australia. I think the Australians do a much better job on book covers than anywhere else. This trilogy is the only one of Glenda’s which I don’t own. I must remedy that.

This afternoon Matt has an appointment with the Secondary Stroke Clinic at the hospital which, in my opinion, is a waste of time. He has seen them all before, and done all the tests he has to do, before. We know what’s wrong, we know they can’t do anything about it, so why p*ss about. Which is, more or less what I am going to say to them this afternoon. He is taking all the medications they can give him, there is nothing more anyone can do we are told.

One thing I didn’t mention, at the bowling alley in Elmira they had brought in donuts and muffins for people in the morning. I have had these before when we have been ther 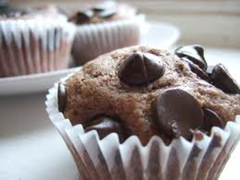 e for travel league bowling. They buy them from a local baker and they are marvellous. At the end of the morning they brought in sandwiches – I assume from the same source – and they were absolutely wonderful sandwiches, moist and delicious. I wish we had a baker locally who could produce such results. I could pig out on those muffins, I don’t, but I could, easily.

Here’s something a bit different for a chocolaty food. That is, if you like spicy.

By The Nourished Kitchen WebMD Recipe from Foodily.com

This recipe for Mayan chocolate truffles calls for chocolate with an 85% cocoa content, bitterly and wonderfully dark; you’ll find that the addition of other flavors such as orange, cinnamon, vanilla, and even chipotle chili powder enhances the complexity of the chocolate’s inherent flavor and aroma. You won’t miss that sugar one bit. Further, these Mayan chocolate truffles are more simplistic and rustic – they require no hand molding; rather, simply chill the chocolate in the refrigerator and cut away at it to form beautifully imperfect bite-sized pieces. Beauty lies in imperfection.

Toss chopped chocolate into a mixing bowl with the zest of one orange, cinnamon, chipotle chili powder, the contents of one vanilla bean, and a dash unrefined sea salt.

Bring coconut milk and coconut oil to a slow simmer in a saucepan over a moderate flame.

Pour coconut milk and oil over the chopped chocolate and seasonings then stir continuously with a wooden spoon until the chocolate is thoroughly melted and the mixture, or ganache, becomes thick, uniform and glossy.

Transfer the mixture to a plate lined with parchment paper, molding into a log as best you can, and allow it to harden in the refrigerator for eight to twelve hours, or overnight.

After the Mayan chocolate has hardened in the refrigerator for eight to twelve hours, remove it, unmold it from the parchment paper and carve it into irregular bite-sized chunks.

Toss the chunks with cocoa powder and serve.

Notes: Unless you live in a very hot climate, these truffles should keep at room temperature indefinitely.