Pears in my Knickers, Movies, Gaga

asked Matt to buy me some pears when he went shopping. Only trouble is, they are as hard as bullets. When Matt was a young man, his mother used to wrap unripe pears in blankets and put them in a drawer. So I wrapped mine in a towel and put them in my underwear drawer, I figured I wouldn’t forget them that way!!! That reminds me of a pet peeve of mine. They are frequently called d’Anjou pears in North America, which means ‘from Anjou’. It should just be Anjou on its own or even Pears from Anjou.

Last night we watched Apollo 13, I think that is the third time we have seen it. It’s a fantastic movie, we were staggered to find that the events the movie portrays took place 41 years ago. 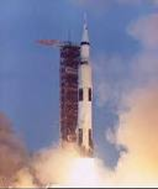 Jim Lovell, the commander, was played by Tom Hanks who is a brilliant actor. What is incredible to me, I have known since it happened what the end result was and yet every time I watch the movie I am on the edge of my seat the same as the participants, and the world, was at the time it occurred. Some of my readers may be too young to remember the events, if you are, I suggest you get hold of the movie and watch it with awe. The incredible thing is that when the space ship was launched, nobody really gave a damn, we were all too blasé about the whole business. To think that today, the American space programme is coming to an end.

reckons I must have heard her many times, but if I did, it was unconsciously. She is, of course, one of the tops at the moment, but I actually found I quite enjoyed the two songs I heard although they were a bit short on lyrics. Not sure I would want to go to a concert mind you, but I was surprised. I shouldn’t make judgements based on what I see and hear without actually seeing a performance. I didn’t even realise until this morning that she is an Italian New Yorker.

The following recipe is what we had for supper last night. A new recipe to us, and we thoroughly enjoyed it. As it was for four people, we have leftovers for tonight. Would you believe we served it with asparagus? I noticed when copying the recipe here that it suggests rice and pasta as possibilities. Maybe tomorrow we will have some noodles. Of course we can still have asparagus with it as well. 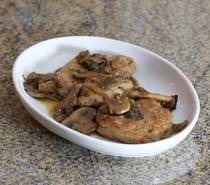 1. Slice the pork crosswise, about 3/4 to 1-inch in thickness. With the heel of your hand or a meat tenderizer, gently pound to make the medallions about 1/2-inch thick.

2. In a large skillet, melt 1 tablespoon of butter with 1 tablespoon of olive oil over medium heat. Saute the onions, stirring frequently, until softened. Add the sugar and continue cooking, stirring frequently, for about 15 minutes. Add the mushrooms to the onion mixture and continue cooking for about 5 minutes, until the mushrooms are tender and golden brown. Remove the onions and mushrooms to a plate and set aside.

3. Sprinkle the pork with the salt and pepper; dredge in the flour. Add the remaining 1 tablespoon of butter and 1 tablespoon of oil to the skillet. Cook the pork medallions over medium heat for about 3 to 4 minutes on each side, or until nicely browned. Add the wine and broth to the skillet along with the onion and mushroom mixture. Simmer, uncovered, for 2 minutes. Cover and reduce heat to low; cook for about 10 minutes longer.