Not a bad day really. We had lunch early and then went to the bowling alley. Lots of hugs and nice to see yous etc. Plus Happy Birthday to Matt who told everybody who approached him!!! We bowled two games, both of us limping a bit. Didn't bowl well of course, but for a first time in 4 months, we didn't do too badly. The first game we both got the same score, the second one I beat him by 5 or 6 I think.

Came home and the young man arrived eventually to fix up the TV. The DVD player works perfectly now. He says I have to switch the wiring to play the VCR, but I don't know if that is true. I am going to try it out. I have been given another VCR player by the way, by the younger owner of the bowling alley. Ours was kaput. Nice of him.

Afterwards we went to the Red Lobster. It was chucking it down, didn't know it was supposed to do that. I had trouble seeing the white road marks in the newer part of the road they built last year. Bit dangerous that. They faded out with the lights and the glistening rainwater. 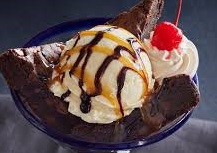 I tried a new dish, Bar Harbour Lobster Bake, Split-roasted petite Maritime lobster tails with shrimp, bay scallops and mussels, piled over a bed of linguini in a garlic and white wine broth. It was very good, I enjoyed it. 3 lobster tails by the way, and heaps of scallops. Matt had his free dessert which looked absolutely delicious, Brownie Overboard it was called and had brownie, ice cream and whipped cream. I asked where their ice cream was made - a company named Central Smith, odd name. I must check them out.

Sorry, somewhat late in the evening so no recipe tonight.