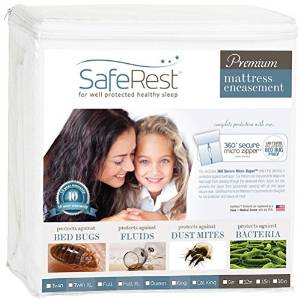 Everything has been neglected whilst I went to war. On Sunday we stripped Matt's bed, covered it in Diatomaceous Earth and killed every bug we saw. I then covered the very holey bug protector the exterminators had place on the box spring, with strips of duct tape on every hole I could find and scrubbed at areas where I could see the bed bugs had been. Having washed all the bed linen, we re-made the bed. Tuesday afternoon we upended the mattress and box spring once again and found one lonely little bug who died instantly. After much diligent searching, spraying with bug spray, patching up a couple more small holes, I think we have beaten the little suckers. At this point in time, we haven't yet put the bed back together to allow the spray to dry. The picture shows the bug proof mattress cover I bought from Amazon.ca - I bought it because the  Pest Control didn't put a cover on my mattress only my box spring although the covered both on Matt's bed. It is of much better quality that the ones provided. I was thinking I should buy another one for Matt's box spring but Matt says we have spent such a lot and, providing the duct tape works, it may not be necessary. They are $60 before tax after all. The bug control people charge nearly $100 for theirs if you buy them separately from their service.

I wrote to the Pest Control people and copied it to the Landlords. Guess what, total silence. Unbelievable. Matt says give it to the end of the week. I also asked my cleaners who were due in Tuesday morning if they could come help with the mattress and box spring as a pair of oldsters like us find it a bit difficult. Although they came last time, they wouldn't do so this time. I can see their point, but they are not that easy to pick up if you are careful and they are/were only in one room.

So, I hope this is basically all over bar shouting.

Went to our doctor's for a diabetes clinic and she has now said we don't have diabetes. Matt never did,
he was classified as pre-diabetic. She has given me the go ahead to stop taking Lipitor for 3 months to see what happens. It causes me the most dreadful cramps which I then have to deal with by taking quinine pills and such. A doctor in the States, several years ago, told me every diabetic ends up on insulin. I really would like to go back and give him the bird. I thought it was nonsense at the time. 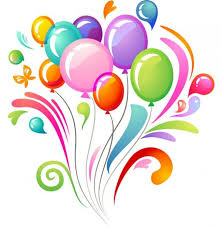 I tried out a new dish, to us, on Monday night which was an Italian mix of sausage, onions and peppers. It was pretty good. Had to adapt it slightly didn't have any white wine so used red. (I usually keep small bottles of white wine {no not cooking wine} for cooking, but I had run out). It will be replaced this week but we haven't done so yet. Of course I continue to eat asparagus every day and probably will until after the sale closes which will be around July 1. It amuses me in this recipe that they show a whole sausage whereas one actually has to slice it.

All Recipes
Gigi
"My family has been using this very simple and delicious recipe for sausage, peppers, and 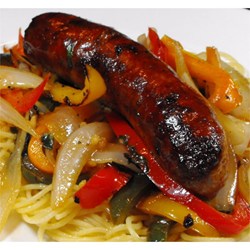 onions for years and years now. For an extra kick, try using half sweet sausage and half hot sausage!"