Think I am going to take Saturday off this week. So don’t look for a blog. I assume many people will be shopping tomorrow. I totally don’t understand how we can have Black Friday sales in Ontario, but they are advertised all over so I guess people will be scrambling for bargains.

Our Travel League went well – Matt and I both had our BLTs for lunch at the Crossroads and they were delicious as usual. I finished 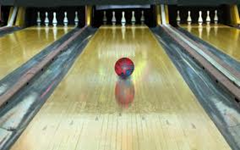 with a piece of war mincemeat tart and a dollop of cream. Yum. We then bought two tarts as I told you we would. We were supposed to get snow flurries, we did, kind of during lunch. Then went to the bowling alley and I bowled well for me, or for me lately anyway. Matt bowled reasonably well too but you can’t get him to admit it. Elmira is only a small alley with not many lanes, but a nice place to bowl. We had a fun day with lots of good friends. Last one this year, next Travel League is at the end of January. The mince tarts are now in the freezer.

When we got home, I found a DVD awaiting me in the mail, 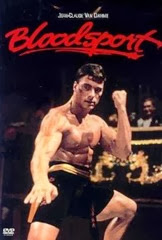 Bloodsport, great movie and I don’t know why I never bought it before. It is one of my favourite martial arts films with Jean Claude Van Damme at his best. He was pretty young when he made this movie. I had forgotten it was based on a true story about Frank Dux who was reigning champion of the Kumite for several years. Bolo Yeung was the real baddie as Chong Li. He plays a good baddie I must say. He really makes one want to see him beaten up. Manipulating emotions which is what the blog I referred to yesterday was about. The movie was released in 1988. Another movie I like in similar vein was The Karate Kid. There was a remake, I’ve never seen it.

I saw this recipe on Food and Wine and thought it looked delicious. I would call them Bruschetta myself, but they don’t. It was spoken of as a Thanksgiving appetiser. Fine but a bit late. However, I think it would make a great appetiser any time, and no, I don't know what Tuscan Kale is. 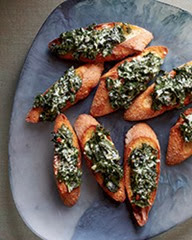 Instead of creamed spinach, try this luxurious creamed kale on crunchy toasts.