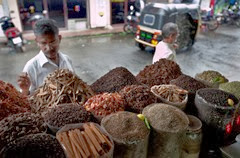 A report on GMA Thursday morning sent me to Google. It appears there is a risk of getting salmonella from imported spices many of which come from India and Mexico. India says it is working on changing farming practises to eliminate the risks, but the changes described in the report don’t seem enough; bearing in mind the source of many of these spices, grown by poor farmers, the farming changes may not be insufficient. A lot of spices are cooked before being eaten which helps eliminate the risks, but many people, including my husband, use lots of pepper at the table and that can be a source of risk. Also, dried spices can be contaminated for years sitting on our kitchen shelves, the contamination doesn’t go away. I don’t know what kind of testing is done in Canada, but from the article, it doesn’t seem enough is being done in the States. 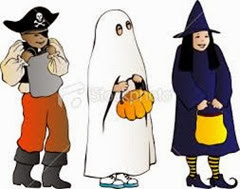 bump in the night. Here it was raining pretty hard most of the day so I think that put off a lot of trick or treaters. The women who were manning the table downstairs Had had very few visitors although I saw lots of adults tucking in. Matt went to the liquor store and the grocery store and they had a few people dressed up. At the bowling alley they had some challenged kids bowling for a while and several of them were dressed up.

alking of bowling, Matt bowled up a storm when it didn’t particularly matter. I didn’t do too badly, but nothing like he did. As an added bit of fun we were all playing Snakes and Ladders and out of the three games (a quarter a time) Matt won once and then I won the second time. So we made a big profit, at least $4 I think. The friend who’s arm I had been twisting to come to the Travel League with us did join us, I was so pleased. I think she enjoyed herself. The alley we went to in New Hamburg is actually quite small, they only have about 8 lanes, but its a nice little house. Of course we got our doughnuts.

It’s a bit late for a Hallowe’en cocktail, but this also has ties to bowling so what could be more suitable for me. I haven’t posted a cocktail in a while either.