After bowling on Tuesday, we went to get some more asparagus. Tim Barrie had mentioned on Facebook about their pickled vegetables and was offering a discount so, nothing loath, I decided to buy a jar. I opened them later that night and couldn’t stop picking at them, even Matt who isn’t a big pickle person, had some. Delicious. If you are over that way, I recommend you try some, they are good. They are mixed vegetables with peppers, cauliflower, carrots, etc. and, of course, some asparagus. I already like pickled asparagus and have a jar of that on standby.

Bowling itself went well, our team was lying third on Tuesday, Matt’s was in first place, not bad considering he isn’t bowling at the moment. That might change as this week their best bowler wasn’t there so there were only two on the team 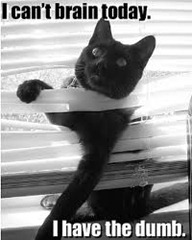 bowling. Personally I had two excellent games and one mediocre. I’ll take it, not that I have much choice in the matter. Wednesday I had a bad day, woke up feeling generally sh*tty so didn’t do much of anything, sorry made some Asparagus soup, but not much else. In the end didn’t go and see The Best Exotic Marigold Hotel either, maybe next week. I spent a lot of the day checking and answering comments on my guest post over at A to Z Blogging which was rather fun. I was lucky enough to gain another follower which is always good news. One of my new blogging friends was giving tips on reviving one’s blogging after the challenge, luckily I didn’t find it too difficult because I write nearly every day anyway. I blether a lot as a Scots friend used to say. Must say I never knew how much I could blether before starting a blog. I guess I am lucky though, other than recipes, I don’t have to stick to a theme. 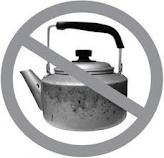 Not sure where I have been, but on CBC news yesterday there was an article about the police kettling some rioters. Kettling? As far as I knew, a kettle was a thing for boiling water. However, I am assured by English friends, that it is a common use for corralling crowds – English origin I wonder. I have certainly never come across it before and maybe the article writer picked it up from another article, like it and is using it. It seems to be an effective way of crowd control although from what I see in pictures, not very popular with the protesters. One sign said ‘teapots against kettling’. Can’t stand the heat, get out of the kitchen. A friend has now sent me an article on the use and possible origins of the word. Interesting reading. Later I received another article which shows that kettling is much more widespread than I had discovered. Guess I have been living in a vacuum.

This recipe looked interesting so I am passing it on to you. It would have made a good recipe for K in my recent efforts for the A to Z Challenge. 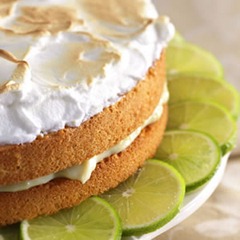 A cake with a meringue? Though not unheard of, this one is definitely a flight of fancy, a cakey version of Key lime pie.
Make Ahead Tip: Wrap the cake layers in plastic wrap and store at room temperature for up to 1 day. Cover and refrigerate the lime filling for up to 1 day. Prepare meringue and assemble the cake just before serving.
INGREDIENTS

Ingredient Note:
Key limes are more fragrant, acidic and juicy than the common Persian lime found in U.S. markets. Look for the small, round limes with yellow-green skin in the specialty-produce section of supermarkets or Latin food markets.
Dried egg whites are pasteurized—a wise choice when making an uncooked meringue. They are also convenient when you have no use for leftover yolks. You'll find them in the baking or natural-foods section of most supermarkets.
Cake-Baking Tips
When using cake pans, they must be greased and floured to create a thin layer of protection against the oven's heat. For greater convenience, use a cooking spray that has flour in the mix, such as Pam for Baking, Baker's Joy or Crisco No-Stick Flour Spray.
Whole-wheat pastry flour has less gluten-forming potential than regular whole-wheat flour, making it a better choice for tender baked goods.
To properly measure flour when baking, use a spoon to lightly scoop flour from its container into a measuring cup. Once in the measuring cup, use a knife or other straight edge to level the flour with the top of the cup. If the measuring cup is dipped directly into the container—a common mistake—the flour will be packed into the cup and result in extra flour being added to the recipe, yielding tough, dense baked goods.
Room-temperature butter for a batter is one of the biggest culinary missteps. In fact, butter must be below 68°F to trap air molecules and build structure. Otherwise, the fat will be liquefied and the cake will be flat. To get "cool" butter: Cut refrigerated butter into chunks and let them sit in a bowl for 5 minutes before beating.
Eggs must be at room temperature for the proteins to unwind enough to support the cake's crumb. Either set the eggs out on the counter for 15 minutes or submerge them in their shells in a bowl of lukewarm (not hot) water for 5 minutes.
Although you cannot overbeat the eggs, sugar and butter, you can overbeat the flour. If you do, you'll develop the gluten and create a quick bread rather than a layer cake. Beat the flour just until there are no white grains of un-dissolved flour visible but not until the batter is smooth.

Beat 4 eggs and 2/3 cup sugar in a large bowl with an electric mixer on medium-high speed until pale yellow and doubled in volume, 5 to 10 minutes. Beat in vanilla and 1 teaspoon lime zest.

Bake, rotating the pans halfway through, until lightly browned and a toothpick inserted into the center comes out clean, 20 to 22 minutes. Cool on a wire rack for 10 minutes, then invert the layers onto the rack, remove the pans and parchment paper, if using, and let cool completely, about 45 minutes.

To prepare meringue: Beat egg whites in a medium bowl with an electric mixer at high speed until soft peaks form. Beat in 1/4 cup sugar in a slow, steady stream. Continue beating until stiff peaks form.

Position oven rack about 6 inches from the heat source; preheat broiler. Transfer one layer, bottom-side down, to a large baking sheet. Spread the meringue on top of the cake, creating decorative peaks and valleys in the meringue with a rubber spatula. Broil until lightly browned, watching carefully to prevent burning, 30 seconds to 1 minute.

To assemble cake: Place the plain layer, top-side down, on a serving plate; spread the lime filling on top. Cover with the meringue-topped layer.