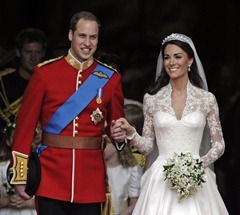 So, I did see the wedding ceremony itself even though I hadn’t intended to. I found I became somewhat emotional when she walked down the aisle with her dad. I hadn’t realised they had put trees in Westminster Abbey for the occasion, looked great. The dress was beautiful but, in my opinion, relatively simple and definitely uncluttered; better than Diana’s which to my mind was too fussy. William was in uniform with a red coat and Harry in black. Actually Harry’s uniform was a lot more ornate than William’s. One little titbit I learned, Prince Charles has never put the toothpaste on his own toothbrush. This was shared when they were talking about the fact that the newly weds, the Duke and Duchess of Cambridge by the way, would be living a simple life in a house in Anglesey, Wales with Catherine doing the cooking. Reported this morning, they have gone away for a quiet weekend at a private retreat and will go on honeymoon at a later day.

It tickled me that some young women in the crowd had a sign “Marry me Harry”. The wedding breakfast, as it is called in England, consisted of champagne and canapés. Hope none of the guests were diabetic or that there were enough to stave off hunger. Apparently the Queen doesn’t eat at these kinds of receptions, too busy hostessing. Damn that for a lark, I wouldn’t host anything if I couldn’t partake of the available nosh. In the evening they will be having a dinner which is being hosted by Prince Charles. Then afterwards a ‘knees-up’ and for the non Brits, that originated from the Cockney Song “Knees Up Mother Brown” except its pronounced Muvva. http://youtu.be/yZH47Xevshg Basically it means a hell of a party, a right rave up, a real good time. It apparently lasted til dawn.

Funny item I heard on the radio yesterday, there 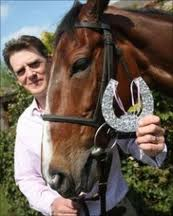 was a horse running in in the 5:30 race at Fontwell Park in England – it was a 4-1 longshot called Royal Wedding. Guess what, it won. I hope the owners had a good big bet on it. I would have done if I’d been there, too much of a coincidence not to win. It was at better odds early on at 8-1 so if one had managed to get that price, it would have been a good pay out.

What terrible devastation in the American south; this morning they were showing towns which had been wiped off the map – Alabama was particularly badly hit and there are now well over 300 dead. The central states are having a particularly bad time of it as there is also massive flooding. As far as I know, there is no flooding in the tornado damaged areas, that would really put the icing on the cake. I feel so sorry for all these homeless people who were just going about their normal every day lives and suddenly their homes collapsed on top of them. The pictures on TV showed acres and acres of nothing but debris where once houses and churches used to stand. On top of the debris one could see cars and trucks just strewn about, some upside down. Dreadful.

Yet another delicious looking recipe from WebMD. We both like fish I am pleased to say although so many people say they do not.

This dish is so easy you can take it from the kitchen to the campground. Prepare it in foil packets and toss it onto the campfire or use your own indoor (or outdoor) grill at home. Amazing with veggie kebabs on the side, this dish will quickly become a family favorite.

Preheat the oven to 350 degrees F.
Tear off eight pieces of foil; two for each piece of salmon. Place one serving of salmon on one piece of foil. Season the salmon with a little sea salt and fresh ground pepper.

Place the remaining pieces of foil on each serving and fold the edges to create a packet. Bake in a preheated oven for roughly 20 minutes, till it flakes easily but is not dried out.