This morning Sam Champion. the meteorologist on GMA, reported that the amount of tornadoes in the States was now making history, there have never been so many in a season. Struck me as funny, if you are living with these tornadoes,  I wouldn’t think you would give a damn whether you were in the middle of a record or not. It is a very serious situation for the people living in these areas with destroyed homes and quite a large number of deaths. I would imagine it is pretty terrifying when you encounter one. There is also going to be record flooding Sam said. I know that isn’t funny although I was never flooded as badly as some of these poor people have been.

I heard something this morning which I hadn’t heard before, The Queen told Diana and Charles to get divorced. I am somewhat surprised, I would have thought they royal family would have moved heaven and earth to prevent such a thing happening. Although, thinking about it, one tends to forget all the things which have happened to royals over the centuries, especially in the days of the Regency 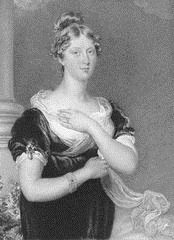 when they were constantly causing an uproar with who they married or who they didn’t. The Prince Regent shut his daughter up in her home for a while but she eventually escaped. She did get married in the end, but she died before her father ascended the throne as George IV. I have not heard of any similar scandal in modern days.

Thinking about all these royals last night, I was wishing I had paid more attention to my history although in my day it was presented so badly. All I really recall is a string of dates being give to us talking about things like corn laws. At that age, basically, who cares, I certainly never did. I always maintain I learned more history once I had left school than I ever did whilst there.  I never forget that once I had left school I saw a movie about the Battle of Culloden (Bonnie Prince Charlie and all that) and understood what it was about for the first time, I must have had some god awful history teachers, I think.

Re singers and chocolate, I have been receiving comments from our sinlaw on yesterday’s blog. It appears it is the fat in chocolate and dairy produce which causes problems for singers although his daughter doesn’t stay away from it if she is not performing. The effects are, apparently, temporary.

Nothing nicer than a well cooked piece of fish, this recipe sent by WebMD sounds like another goodie. Halibut can be bought here, but any good solid white fish could be used I think. I haven’t a clue what Black Garlic is. OK, here is a link about Black Garlic http://blackgarlic.com/how-its-made sounds interesting, I must see if I can get it locally.

By The Healthy Apple
WebMD Recipe from Foodily.com Considered healthier than plain garlic, black garlic has twice as many antioxidants and has long been consumed in Asia for its disease preventative and treatment properties.

Heat olive oil in a large skillet over medium-high heat.  Add in garlic.

Season both sides of halibut steaks with balsamic mixture.  Place steaks into skillet; cook for 10 minutes or until fish flakes with a fork.

Flip steaks halfway through cooking to ensure brownness on both sides.  Serve warm and enjoy with a sprinkle of fresh cilantro.