I recently read that it is advisable always to use the “Safely Unplug Hardware” button to disconnect a USB device. Unfortunately although that was around on Windows XP it doesn’t seem to be a feature of Windows 7. There are features on Window 7 which I enjoy having, there are other things which were on XP which I miss. I don’t really need some of the features, including extensive graphic capabilities, but it becomes necessary to upgrade because other programmes do so and you can no longer run them adequately on your old Windows system. I have, in fact, ended up with Windows 7 32 bit on my laptop and 64 bit on my PC. As they seem to be perfectly interchangeable, that is fine by me, but I find the 32 bit version runs some of my older programmes which the 64 won’t even recognise.

Talking of recognition, I have a spelling problem. I spell most things the English way and naturally my computer software thinks I should spell the American way. Actually, I have been in North America so long I no longer remember which is which and so am surprised when I get a nasty little red line under my typing. Canada tends to use the English version, but isn’t really consistent. One company I worked for which had American owners, insisted we used American spelling so this is why mine comes out mixed up. For instance, I never spell tire any other way now and yet when I was in England it was tyre. Churchill said it first, two nations divided by a common language. Its not just how things are spelled but also what is said or how it is phrased. Takes a while to get used to when you emigrate. 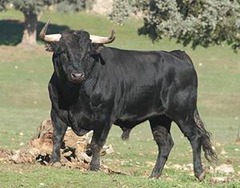 Quite frightening; on the TV news last night, a bull in an arena near Pamplona, Spain jumped up into the spectator area and rampaged around. http://tinyurl.com/2auxxvt to see the video and an article in the Daily Telegraph. Lots of people were hurt – eventually they got a rope round the bull and finally shot it. But seeing the bull jump up, I am surprised it has never happened before. Oops it has – looking for video of what I saw last night, I found quite a few videos on YouTube of different bulls jumping into the stands. The thing that upset me in the video of this particular bull, Quesero, was the distressed sounds coming from the bull once they subdued it. And why, pray tell, do they bother to name bulls they are about to kill in such a horrible fashion anyway? I read that bullfighting bulls are bred differently and have smaller bodies but very powerful hind quarters which is why jumping into the stands is not so difficult for them. I am amongst the many who consider bull fighting should be banned. I think it is a barbaric sport. In ancient days they used to bull dance, now that I would like to see. So now I have discovered that they do something similar these days, its called Course Landaise and there is some video http://tinyurl.com/23ydv6 which shows a much more humane way of bull fighting.

Another scary item on last night’s news was a lot of salmonella in American eggs. Luckily none were distributed to Canada. However, there has been a massive recall plus warnings that if you are going to risk eating the eggs you should make sure the yolks are properly cooked through, no sunnyside ups or soft boiled eggs. I thought I heard someone say the salmonella was on the shells so I wonder if you washed your eggs whether it would be sufficient. Not worth taking the risk I guess.

Apparently more and more parks in Toronto are

banning kite flying, particularly because of the abandoned clumps of strings which are left lying around as a trap for birds and animals not to mention humans. Toronto is following in the footsteps of the Taliban who have banned kite flying in many places, such as Afghanistan, already, for much the same reasons. The strings are not biodegradable and the TV showed great clumps 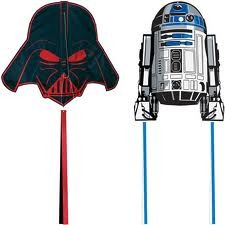 of tangled strings just lying around in the parks. Apparently they are beginning to introduce safer kite strings which do biodegrade, whether this will reverse the decisions or not, I don’t know. I once went to see a kite demo/tournament on the beach in North Carolina and it was pretty spectacular. I couldn’t resist adding the Star Wars Kites.

I picked this delicious sounding recipe up from Cooking.com and thought it would make a good dish for a party, but also one could make it for the family. I didn’t mention, we had Chorio for supper last night, I gave the recipe a few days ago. First time we have eaten it in quite a long time, it was delicious.