It was announced this morning that Michael Douglas has 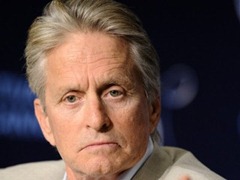 a tumour in his throat which is malignant and is about to undergo 8 weeks of radiation therapy. http://tinyurl.com/38a6bg4. I have always enjoyed Michael Douglas’ performances and wish him the best of luck, the prognosis is, in fact, good. He has been struggling to quit smoking for years apparently and has never managed it – his doctors figure that is definitely a contributing factor as well as the fact that he is a self admitted alcohol abuser. He has had a bad year with his son being jailed for drug pushing – one wonders why, there must be enough

money in the family surely, or is that being naïve? I just checked, his Dad, Kirk Douglas is, incredibly still alive, he is 94. I always loved his acting too. One of Kirk’s most famous films was Spartacus but I always remember him in The Vikings, quite a story that one, I had the book for many years, not sure if I still do, but it was pretty fantastic. One of my favourite Michael Douglas films is The American President with Annette Benning.

Still lots of terrible reports coming out of Pakistan, even now there are people who have had no kind of aid. I am sure distribution is a factor here. I don’t remember so many major disasters as we have been having in recent years – is this all to do with global warming I wonder? Countries are pouring out millions, but for some, tragically, help will come too late. There are lots of disasters taking place on this continent too with fires and flooding, in the broad picture of such major events as Pakistan’s problems these smaller news items tend to get lost. Not smaller for those who have lost their homes to fires or other natural phenomenon. I find I keep thinking lately, thank God we live in a high rise on a hill.

Today we have decided to defrost our freezer. A job I hate, but it has to be done. I don’t know why they can build fridge/freezers which defrost automatically, but freezers, even uprights, have to be defrosted. It was easy when we were in NC, the freezer was in the shed and we just left the door open on a warm day and didn’t have to worry about anything (yes we did move the food of course), but here we have to use bath towels all over the floor to catch all the water – maybe if we did it more often it wouldn’t cause so much problem. I notice too, that some of the shelves are looking a tad rusty, I wonder if they can be replaced.

The other day, sorting through what ‘stuff’ I can still open on my new computer, I came across part of the book I tried to write a number of years ago. I have it all on paper, but I was gradually trying to copy it back onto the computer. I am stuck now though, no scanner. Will check them out when we go on vacation. Anyway, I was talking about my father and some of his favourite recipes, one of which was Chorio. I have no idea where he got this recipe from, but it was always a family favourite. Unfortunately I don’t have a picture but think I will be making this again very soon. 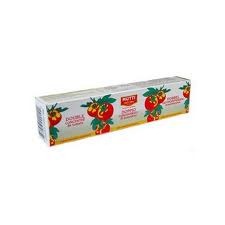 1 fillet of haddock or cod per person

Slice of bread per fillet

Soft fry onions and garlic in olive oil, add paprika, purée, tomatoes. Simmer for 5 minutes, thicken with cornstarch and then reduce with red wine to a nice smooth consistency. Add cayenne to taste and the mace. Simmer the sauce for about an hour until all well blended to form a purée. Place fillets in a greased baking dish, sprinkle with vinegar and seasonings. Cover with greased wax paper. Poach for approximately 20 minutes at 425°F. Meanwhile fry bread in the olive oil until crisp, serve fish on top of fried bread covered with the sauce.