Sunday I just saw a CBC News video about Pakistan which included a map of the Indus River as it was a year ago and as it is today. That really gave me pause. http://tinyurl.com/23hkpmd the reporter says there is no real way they can get to some of the areas to do their job and that this is an ongoing disaster which doesn’t appear to be stopping any time in the near future. It also appears that there are areas which are not flooded, but which are cut off because all the bridges are down. Canada’s government is promising $50 million which has been described as a drop in the bucket by the opposition. However, when you consider that is more than $1 million per head of the Canadian population which a couple of years ago stood at just over 35 million, I think it classifies as a lot more than a drop in the bucket. Canadians themselves have also been as generous as usual with money pouring in for disaster relief and I have no doubt there are lots of Canadians who have gone over there to try and help. I read that India has contributed $5 million. I don’t know how much the US have contributed, but I am sure its a vast amount. Total amount of pledges to Pakistan are in the $800 million range. Probably still not enough. 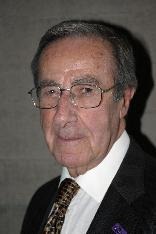 On Saturday I was reminiscing and thinking of a bunch of people I knew more than 40 years ago. Three TV guys who used to come to the yacht club my parents ran and sailed their boat from there. One of them was a well known TV personality (the other two were behind the scenes) and I searched for him on the internet to be pleasantly surprised to find him and to find an email addy. I emailed him and was pleased he did remember those days and in particular my parents. The other two guys are no longer around unfortunately. Must admit I was surprised to be able to contact him but he has a web site www.shawtaylor.com where I just read a poem he wrote called I Watched Him Go. Very moving and recommended reading. Now I am looking for another friend, he has appeared in dozens of TV programmes in the UK, but I can’t find any way to locate he and his wife with whom I was once very close. Well I’m damned, I carried on searching and discovered that the missing friend and Shaw Taylor were in a movie in 1977 starring Richard Burton. Small world innit?

Heard a dreadful little story on the news the other day. Parents on holiday and on the way home it was so hot, their autistic child was having trouble breathing so they rushed him to the hospital. Two hours later, the father suddenly says, what about the baby? Turned out they had left a 2 yr old in the closed car for 2 whole hours!!!!!!!! Needless to say, the baby was dead. You cannot imagine the parents doing such a thing can you? Poor little mite would have boiled to death. What a tragedy for the family.

I have just finished The Shadow of Your Smile which is the latest book by Mary Higgins Clark. As usual I thoroughly enjoyed it as I have enjoyed all her stories. If you havenever read her novels, and you like thrillers then you should try them.

Every panaderia (bakery) in Puerto Rico has many flavors of flan, from vanilla to guava. Reduced-fat cream cheese gives this version a rich, comforting texture.

Cook sugar and water in a small saucepan over medium-high heat, gently swirling the pan (do not stir), until the mixture turns golden brown, 5 to 7 minutes. Immediately, pour the caramel carefully into a 9-inch round metal cake pan. If it stiffens before it completely covers the bottom of the pan, warm the pan in the oven, then swirl to cover the bottom.

Beat cream cheese in a large bowl with a mixer at medium-high speed until soft. Beat in eggs, one at a time, until thoroughly combined, scraping down the sides. Add condensed milk, evaporated milk and vanilla; mix until combined. Carefully pour into the prepared pan. (You may hear some cracking; the pan will be very full).

Place the cake pan in a larger pan and pour enough hot water around it to come 1 inch up the sides. Bake until golden and set at the edges but still wobbly at the center, about 1 hour. A knife inserted in the center should come out clean.

Transfer the cake pan to a wire rack and let cool to room temperature, about 1 hour. Then cover and refrigerate for at least 4 hours or overnight. To serve, run a knife around the edge of the pan and invert the flan onto a plate.