This is a fascinating picture, a storm called Callum is causing the water to go upwards instead of down - Scotland. 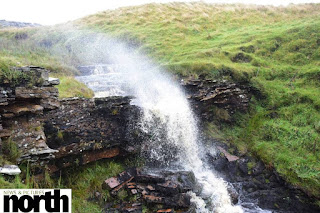 I have written to our MP this morning about the treatment of seniors as addicts. I have also written to CARP (same as AARP in the US) in the hope that they too will become involved. Having already endeavoured to spread the information on Facebook. I do not use Twitter unfortunately, at this time it is perhaps a pity that I don't. 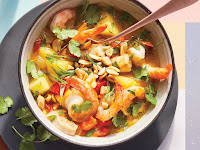 I kind of planned ahead this weekend. Friday I cooked Thai Pineapple Shrimp Curry which is enough for two meals, finished it Sunday night, then Saturday I did 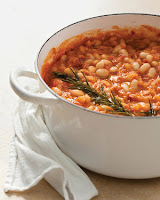 Marmalade Pork Tenderloin which will give us supper for Monday. Mine didn't look anything like the picture but it was delicious nevertheless. I am thinking I will do the Stewed White Beans I posted the other day for Wednesday - I have an afternoon CT Angiogram to go for so suspect we will be fairly late home. The Curry calls for toasted peanuts but I usually use toasted cashews which we have in house all the time. Recently discovered where to buy them at half the price I pay in our regular grocery store. It is Bulkville, but unfortunately a bit of a walk for me. However, it can be done. In fact I will walk to the bench right outside the store, wait for my legs to stop hurting and then go into the store. Reversing the process when I come out.

Tomorrow is, of course, league bowling which we both look forward to. The son at the alley is a Dr. Who Fanatic and they have just introduced a Barbie Doll of the current Dr. Who - a female!! I was telling him he should buy it as it will probably be worth a fortune in 50 years or less. It occurs to me the programme has to have been running 50 years (actually 55) or more. Just read this interesting snippet on Google Doctor Who first appeared on BBC TV at 17:16:20 GMT on Saturday, 23 November 1963; this was eighty seconds later than the scheduled programme time, due to the assassination of John F. Kennedy the previous day. I didn't remember that. I used to watch the programme when it first started.

Brussels should be getting good now, never so nice in the summer. This seems a tasty way of eating them. 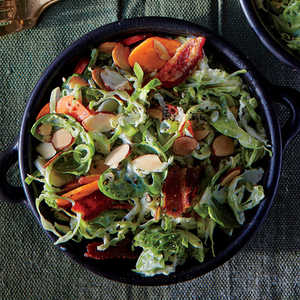