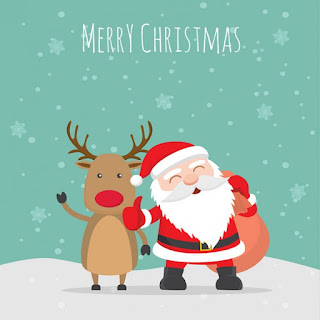 I want to wish all of you a wonderful Christmas. Today I am guest posting at the Really Real Housewives of America and, unless things change, I think this might the my last post of the holiday season.

You know, I'm getting too old for Christmas. Tuesday I spent the morning making a chocolate cake, crumbing bread to make fresh breadcrumbs and cutting up more bread for a stuffing. Then lunch, after which we went to do our weekly shopping, the majority of which was for Christmas anyway. I then came home and made the stuffing/dressing I will be serving at the weekend. I think it tastes delicious, Matt says it wants more seasoning, but he is a bit of a salt and pepper freak, especially pepper, Later supper, but that was simple, cauliflower cheese. I have two stuffings to serve now, one chestnut which I like and this new one I have never made before. I think it tastes great too and I generally do not like stuffing. It was touted as Gluten Free Stuffing, I took no notice of that but... I used regular bread, but obviously if you are concerned about gluten you should follow the recipe. 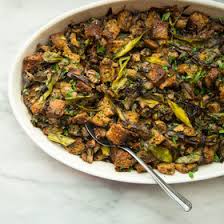 1. Preheat the oven to 425°. Grease a 4-quart baking dish. Spread the bread on a baking sheet and toast for about 10 minutes, until golden and crisp.

3. In the skillet, heat 2 tablespoons of the oil. Add half of the mushrooms, season with salt and pepper and cook over moderately high heat, stirring occasionally, until deep golden, about 8 minutes. Transfer to the large bowl. Repeat with the remaining oil and mushrooms, seasoning with salt and pepper and transferring to the bowl. Add the bread, broth, eggs and the 1/2 cup of chopped parsley and mix well. Let stand for 5 minutes, allowing the bread to absorb the liquid.

Tips
The cooked stuffing can be refrigerated overnight. Cover and reheat at 325? until warmed through.