Last night we unloaded the old fridge and freezer, not to mention taking off all the clutter on the doors. Putting the stuff in cool boxes wasn't a bad idea, but we put bags of ice in one and ended up with lots of water, damn bags leaked. Unfortunately all the deli meats we have for lunches ended up in the water. Most of it was new yesterday anyway so I don't think it hurt, but I did have some cheese and that had got mouldy so had to chuck it. This loading and unloading fridges is hard work especially when you have to end up drying everything. However, the fridge itself is about the same as the old one (18.2 cu ft) although by North American standards it is not the biggest fridge around. Luckily I don't have to store lots of beer and pop (sodas) like the neighbours I talked about yesterday, so a mini fridge will not be on our shopping list. One complaint though, the vegetable crisper has two drawers and therefore not as much room as the old fridge (which had one) meaning I now have some Portabella mushrooms on a shelf instead of the crisper. Maybe I should swap them with the cabbage. Done that.

I also stripped my bed this morning and shoved everything through the dryer once more. I steamed 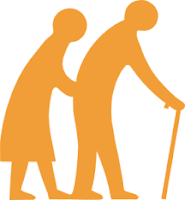 the mattress too. The cleaners came today and they vacuumed under it as well. They said they didn't see anything and nor did I but I was definitely bitten. I haven't actually seen a bed bug for days so now I am wondering if it's something else biting me. Cleaners suggested spider bites, but too many, thought of Asian Ladybug bites, but only seen the odd one or two of those. Thought of psychosomatic bites but I don't really think so. Anyway, this was all hard work this morning, then went and bowled our usual three games this afternoon after which did some shopping to get some things we couldn't buy without a fridge, with the result I am now knackered. Boy I hate being old and unfit. The father of the pair who own the bowling alley was complaining of knee problems today, he is 72, and they had a big tournament at the weekend - 400 young bowlers - and he spent a lot of time running around and trotting up and down stairs. Not good when you are in your 70s.

Treated ourselves to the Portabellas for our Saturday special which will probably also have lamb chops on the menu.

Bowling for me was one good game, one not very good and one reasonable. Matt was one good, one lousy and one super game. I was looking for a divorce lawyer after his last game. He totally thrashed me. He even bowled a turkey (three strikes in a row). Definitely divorce material.

These look delicious. I included the how to video for a change.

Cooking Light
Looking for fun brunch ideas? Look no further—we have a beautiful, easy idea for colorful handheld eggy entrees. All you need is a muffin pan and a little less than an hour to make it happen. Check out our how-to video to see how our individual egg baskets are made; recipes follow below.