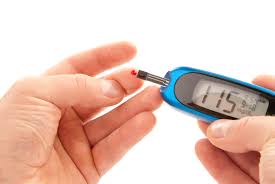 What an idiot. I have been working a week ahead of myself. Telling everyone we were so busy this week with doctors etc. and then I finally woke up and realised it was next week. I  have therefore been able to make arrangements with the foot nurse to call on Friday which will be something of a relief. Having diabetes (or even pre diabetes as in Matt's case) you really need to take care of your feet. One of the things I really had a horror of was losing my foot/feet because of diabetes. Mind you I think it is a lot more because people don't take care of the whole body and aren't careful what they eat or know what their blood sugar readings are. I have always been very careful about everything to do with having the disease. Of course losing 46 lbs helped too. In fact now I am more inclined to hypoglycemia (low blood sugar) these days and having to take steps to correct or prevent it. I met someone recently who was prone to the same thing and hated to take sugars of any kind. The result being she was prone to being faint and dizzy amongst other things. Luckily I don't have an aversion to candies or orange juice or anything like that.  This picture shows US measurements, Canada's are different. However, this is something I do every morning and prior to going to bed. Sometimes during the day if I have cause to suspect my sugars are low. If I have a glass of wine at a friend's in the afternoon, this can bring on a low. Most people don't realise that lows can make you act as if you were drunk and so they assume the person is drunk which can be a problem. My mother also had diabetes and basically ignored it in her later life. Considering she ended up as an alcoholic, I don't know how she survived at all.

Tuesday, a friend and I are going to Costco to share a membership. Neither of us go there sufficiently 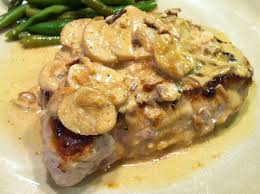 often to justify the cost of a full membership each. Whilst there I will be purchasing my lamb for Easter together, no doubt, with some lamb chops for the freezer. Talking of chops, I made a casserole with pork chops and mushrooms etc. on Saturday night. Tasted pretty good, but the pork was tough as old boots. Well maybe not quite that bad, but bad enough. A friend lived in BC for a while and tells me Ontario pork is so much better than there. I cannot imagine how bad BC pork must be. One of the problems, at least in Canada, is that they don't age meat very long and meat does need to age to become more tender. I don't remember pork being tough in North Carolina which is a State which grows pigs. I have a recipe for aging meat. I should find it and use it perhaps.

Well, that's the end of an era. Downton Abbey's last show was tonight (Sunday) and I am very sad to see them go, it really was a wonderful programme. The last show went on a lot longer than usual. But mostly, of course, everything ended happily ever after even if one knows the Second World War was just around the corner.

Here's a very simple one pot meal which I picked up from the South Beach Diet email on Sunday. I think I will get some chicken breasts at Costco too so I can make this and save some. 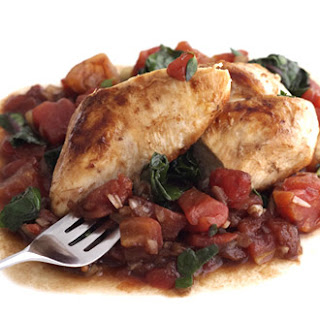 
For even cooking, place the chicken breasts between wax paper and pound with a meat mallet or heavy skillet to about 1/2" thickness.