Matt bowled up a storm today, Monday. Best three games for a while. Meanwhile I was struggling for the first two games but I had a good game for the third one. I have been blaming my scores on my bad hip, but today I found I could bend my knee and put pressure on the hip without too much problem. It didn't seem to help that much though, well not until the third game anyway. 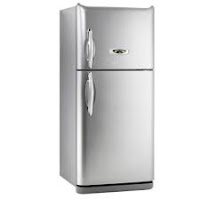 Not our year. Now the fridge is on the fritz. Although it is set at Coldest, it is no 60°F. Fridges are supposed to run at about 40°F. this will probably mean that they will give us a new one, but I have heard that the replacement fridges are much smaller. We find the one we have too small as it is. Especially when we are entertaining. We have to take what they give us though. We can't even buy our own not that we want that expense. The whole thing is a damned nuisance though. I hope they won't bring it when we are out either. We need to be here to change stuff over from old to new. All the stuff on the doors (recipes) too, plus stuff on top. Funny, when we lived in England, we were used to tiny fridges. These days they are bigger but when we were there, no way. Now we can't do without the fridges which we used to think were huge.

For those who are interested regarding aging meat, I thought I would pass on these tips which came from a newsletter called Recipe du Jour which has, unfortunately, faded from the cyber scene. See how much darker the aged meat is and so much more tender.

1. Rich already mentioned the flank steak, so I can move along to the good part: how to age meat in a

refrigerator. Unwrap and rinse the store bought cut of meat as soon as possible. Pat dry. (So far I've only tried flank steak, but I now have a sirloin roast and a London broil aging away in the refrigerator even as I speak.) Place the UNSEASONED meat on a wire baking rack such that air can freely circulate all around the meat. Then place the wire rack inside a large baking pan to catch any juice runoff. Place the pan UNCOVERED on the top shelf of your refrigerator (slightly warmer up there).

2. Turn twice a day, rinsing the rack and drip pan when necessary. After about a week, I noticed the flank steak appeared dry around the edges. So I rinsed off (massaged) the steak with cold water and patted dry. Worked great. Friday night's flank steak had aged for about 1-1/2 weeks. Next time I will go a full two weeks. Maybe longer.

3. Friday morning I removed the flank steak(s) from the refrigerator and rinsed them off. I wrapped one in plastic-wrap and put it in the freezer for a rainy day, and seasoned the remaining one with sea salt (or coarse Kosher salt), fresh ground rosemary, and coarse black pepper. Nothing more. I pressed the seasoning well into the surface of the meat.

4. I seared the flank steak for 90 seconds on each side on a VERY hot (on high) open grill. Then cooked the steak on each side (medium heat) for an additional 4 minutes. (2-1/2 minutes to 3 minutes would have probably been better*, although a small portion of the steak remained medium rare.)

5. And there you have it. My observations: I did not discover any unpleasant odors from the aging meat. In fact, the meat-locker smell was rather pleasant. Any negative odors came from the drip pan not having been rinsed often enough. There was NOT an excessive amount of juice. The steak gradually grew to a deep burgundy color as aging continued. The final feast could be cut with a fork. Just ask Rich.

6. And, oh--- yesterday I thawed the frozen flank steak and prepared it exactly the same as above, except I *reduced each subsequent side's cooking time to 2-3/4 minutes. Outstanding. Try aging your next roast beef purchase before your next cookout. You'll be glad you did.