Friday evening and Saturday, we spent time worrying about the possibility of snow. There were snow warnings posted on the weather channel and they forecast several inches for Friday evening. Saturday we saw a few flakes a couple of times during the day but nothing much, although the skies looked threatening, so we finally decided to go and get our pig tails. Well mine anyway, not for Matt and not for the friend who is coming with us. I noticed a friend from Sweden was posting snow pictures on

Saturday. We had our meal at the Legion and were home again by 7:30 a.m. but it was raining so a difficult journey home particularly as our friend, who was driving, was unfamiliar with the road. Matt and I spent the rest of the evening watching a programme called Coast which we enjoy. This one was Coast Australia and talking about the West Coast of that land. Then we watched a programme about Winston Churchill during the first World War which was fascinating. After that, we looked out of the window to see a magical snow landscape. The park looks really beautiful, but I haven't got a camera which will take pictures of such a scene. The above is not our park, but that's kind of what it looks like with the trees looking as though they are made of white lace. Sunday we had more snow. It is really looking like winter round here now. 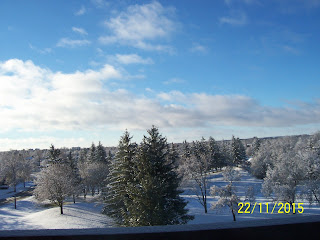 I just had a thought, I have been blogging for 8 years, I wonder how often I have written about snow.

We have just watched a programme on Public TV called Extreme Ice. I have heard many people pooh pooh scientists and global warming, but if you were to watch this, you can visually see, yourself, what is happening to the once enormous glaciers and vast ice sheets. There was a lot of science explained which I understood but basically couldn't possibly explain but a comment at the end was so very true. We are programmed to think of geology happening millions of years ago or millions of years into the future when it is, in fact, happening right here, right now. They showed a map of the world in about 100 years time with the expected water levels and many coasts and low lying islands will be under water. In fact some islands will completely disappear. 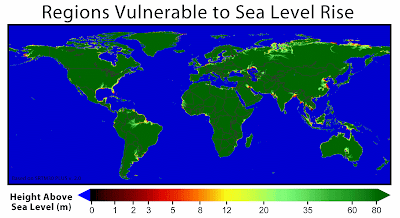 And that is only in the next 100 years. People living in the southern part of Florida won't be able to any more. What they don't know is whether this whole thing is reversible or not. Obviously for many of us today, it won't matter. But if anything can be done it should be done and we should support any such efforts whole heartedly. I don't  believe it is all fossil fuel use, I read somewhere that what volcanoes spew into the atmosphere doesn't help and in many cases is much worse than what we do. 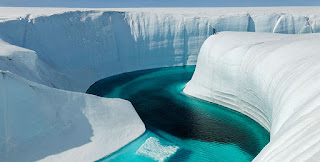 The programme, linked above, was predominantly following scientists and a photographer, James Balog, through the cryosphere to study what is happening and why. Do read it, there is some very interesting information on the page. By the way, that tiny dot is James Balog.

This sounds great. I love Crème brûlée although I have never made one. Not sure why. I did recently get some from our local supermarket which were good, but I discovered I had lost my kitchen torch. No idea how that happened. Trying to caramelize the sugar with the broiler does not work very well, it doesn't crisp which is the essence of this dessert.


Crème brûlée is a classic French dessert that consists of rich custard topped with a thin layer of caramelized sugar. The sharp snap-sound of shattering hard sugar as the spoon breaks the surface and digs into the smooth custard is one of its greatest pleasures.