Talking about the roadworks around town yesterday, I thought I would take some pics of how bad it is just getting somewhere on King St. 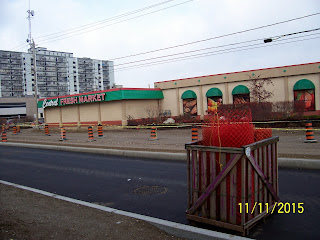 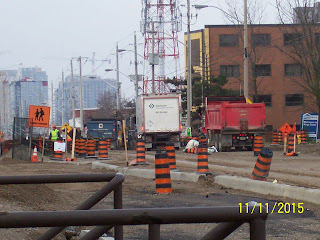 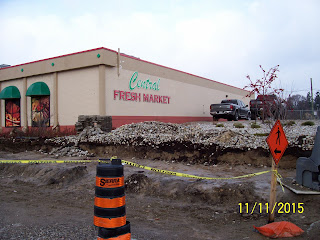 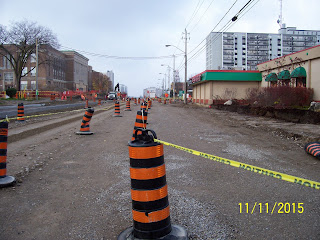 That's just one spot on King St. But the whole street is like that. Luckily we wanted to go to places on both sides of the road opposite one another. We then had to drive a distance on a dirt road to get to a turning which would lead us back to civilisation. As you can see from the first picture, they have started paving spots of the road so, the end is nigh! Except that winter is coming on and not much can be done in the snow. Everywhere you go in the town there are major roadworks, some have now been completed after several years of work, others have just been started. All to do with a rapid transport system which I really don't know much about, but which I gather most people think is a waste of time. I have just been reading the page I have linked to and in my opinion it is a load of utter nonsense. I think they are wasting millions of dollars on something which will not get used very much.

Matt got the all clear from his doc once again. We then went into the store and I got my ground veal 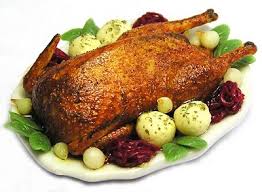 and found some nice looking lamb chops too. I talked to them about getting a small piece of pork leg for Christmas. I obviously don't want a whole leg, they are rather large. He assured me they carried what I want all the time. Checked out the shelves and yes, they had some suitable pieces. Thought about buying one but decided against it. They were not that expensive either I was pleased to see. In passing I looked at the frozen geese, $67 or so. Maybe I should send Matt out with a gun. I do so love geese and ducks but just cannot afford them at that price. For my English readers, would you comment on the price of geese and ducks for me to compare. I used to buy them but I am talking 40 years ago now. We have been in Canada that long. The only time I had goose here was with a friend who had a license to shoot Canada Geese once a year or something like that. Good, but I am spoilt because I have always eaten geese bred for the table. Maybe I should buy one as a Christmas present to the pair of us. But considering how long it is since I last cooked one, I would be almost scared  to try. I could always try raising money on GoFundMe!!!! 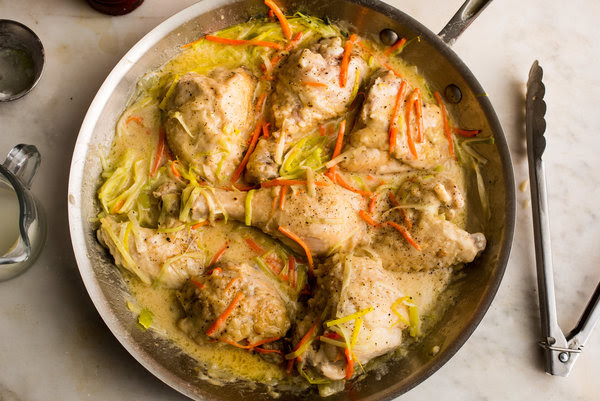 This is an elegant, velvety take on a traditional skillet-supper, perfect with a mound of fluffy white rice. Cooking this fricassee with the aperitif known as dry vermouth instead of the more traditional white wine results in a slightly sweeter and more aromatic sauce than you would ordinarily get. (White vermouth is composed of, among other things, white wine plus a bit of sugar, herbs and plants and, at times, the bark of trees.) But white wine will work as well.